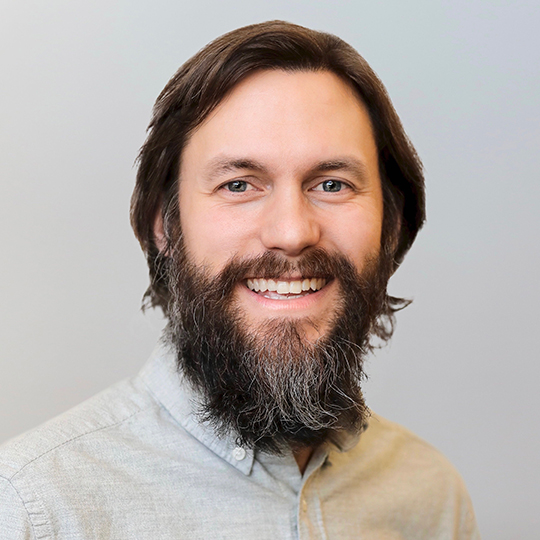 Dr. Anthony W. Case joined the CfA as an astrophysicist in 2010 and focuses on the development of spaceflight instruments to measure the particles that make up the solar wind. He is the instrument scientist for Parker Solar Probe, and the Solar Probe Cup (SPC) which will travel 95% of the way to the Sun to stare directly at it and measure the solar wind and coronal plasma that constantly flows away from the Sun. He also worked on the plasma instrument on the Deep-Space Climate Observatory (DSCOVR). Dr. Case studied at Boston University, receiving his Ph.D. in astronomy in 2010 after receiving a B.S. in physics from the University of Oregon. He worked to calibrate and test the Cosmic Ray Telescope for the Effects of Radiation, a radiation-measuring instrument on the Lunar Reconnaissance Orbiter, which launched in 2009. He has published papers studying the transit of coronal mass ejections from the Sun to the Earth, radiation in lunar orbit, and the nature of solar wind plasma heating.

Understanding climate change requires an understanding of Earth as a planet. The Deep Space Climate Observatory (DSCOVR) is a joint NASA-NOAA space observatory with two tasks: real-time tracking of conditions on Earth, and monitoring the solar wind — electrically charged particles streaming from the Sun. DSCOVR’s vantage point is a stable orbit between Earth and the Sun, allowing it to give us as much as an hour’s warning before solar storms hit, in addition to regularly-updated full-Earth images. Center for Astrophysics | Harvard & Smithsonian researchers collaborated on one of DSCOVR’s solar-wind instruments.