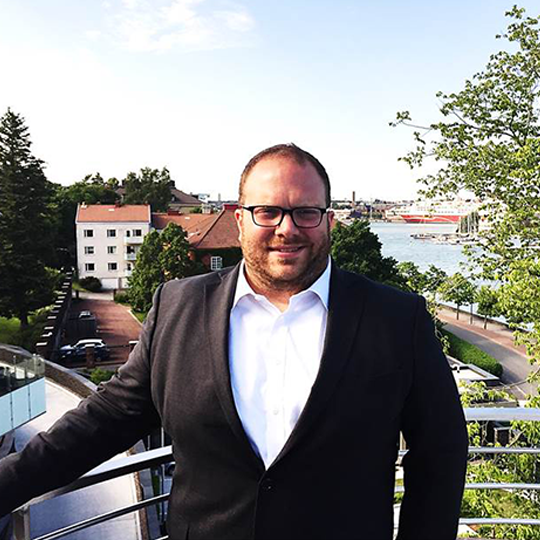 Dr. Benjamin L. Schmitt, is a Postdoctoral Research Fellow and Project Development Scientist at the Harvard-Smithsonian Center for Astrophysics, where he focuses on the development of instrumentation and infrastructure for next-generation Antarctic experimental cosmology facilities at the South Pole, including work with both the BICEP Array and CMB-S4 programs. From 2015-2019 Benjamin served as European Energy Security Advisor at the U.S. Department of State where he advanced diplomatic engagement vital to the energy and national security interests of the Transatlantic community, with a focus on supporting the resilience of NATO’s Eastern Flank as it faced Russian malign energy activities. Schmitt regularly provides expert transatlantic security policy commentary for both print and television media, including with the New York Times, Wall Street Journal, Foreign Policy, the Daily Beast, Voice of America, Germany’s Deutsche Welle and Bild Zeitung, and Ukraine’s Kyiv Post. Benjamin is the 2019 Amicus Poloniae Award laureate, a recognition by the Government of the Republic of Poland for outstanding efforts to promote development of cooperation between the Republic of Poland and the United States of America. Benjamin has also been honored as “Ukraine’s Friend of the Week” by Kyiv Post, and has received both Superior and Meritorious Honor Awards from the U.S. Department of State. Before entering government, Schmitt served as both a NASA Space Technology Research Fellow and NSF Graduate Research Fellow while pursuing doctoral research at the University of Pennsylvania. His dissertation research focused on the development of next-generation millimeter-wavelength imaging technologies for the temperature and polarization mapping of the Cosmic Microwave Background from the Atacama Desert of Northern Chile, for which he received both M.A. and Ph.D. degrees in experimental physics. Schmitt has also previously served as a U.S. Fulbright Research Fellow to the Max-Planck-Institute for Nuclear Physics in Heidelberg, Germany. Benjamin holds a B.S. in Physics and Astronomy, and a B.A. in both Mathematics and Modern Germanic Languages and Cultures from the University of Rochester.