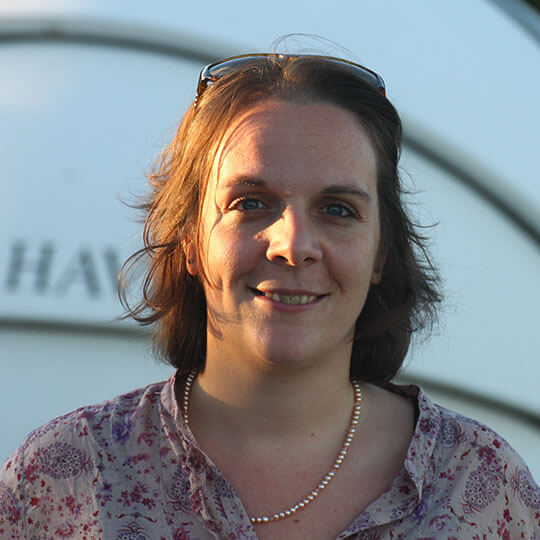 Dr. Francesca Civano is an Astrophysicist at the Center for Astrophysics | Harvard & Smithsonian, where she is the Data Processing Manager for NASA’s Chandra X-ray Observatory and also researches black holes and galaxies. She obtained her PhD at the Bologna University in 2007. She was a postdoctoral fellow at the Harvard-Smithsonian center for Astrophysics (2007-2012), a research associate at Dartmouth College (2012-2013) and the 'Debra Fine fellow' at Yale University (2013-2016). Dr. Civano is the PI of the Chandra COSMOS Legacy survey, a 2.8 million seconds program to observe the Cosmic Evolution Survey field with Chandra and learn about black hole and galaxy co-evolution. She also led a 3.1 million seconds survey of the same COSMOS field with NASA’s NuSTAR. In 2019 and 2020, she was awarded 1.5 million seconds wit NuSTAR to observe the North Ecliptic Pole field, a deep drilling field for JWST. Her research interests include the interplay and evolution of galaxies and the active supermassive black holes at their center (and not!) using data from all the electromagnetic spectrum. In particular, she discovered the best candidate Gravitational Wave recoiling supermassive black hole which have been the subject of several studies and press releases. Dr. Civano is deeply involved in the second release of the Chandra Source Catalog, is co-chair of the AGN Demographics Working Group in SDSS-V, the co-chair of the ESA Athena High-redshift Universe Working Group and is involved in Lynx.