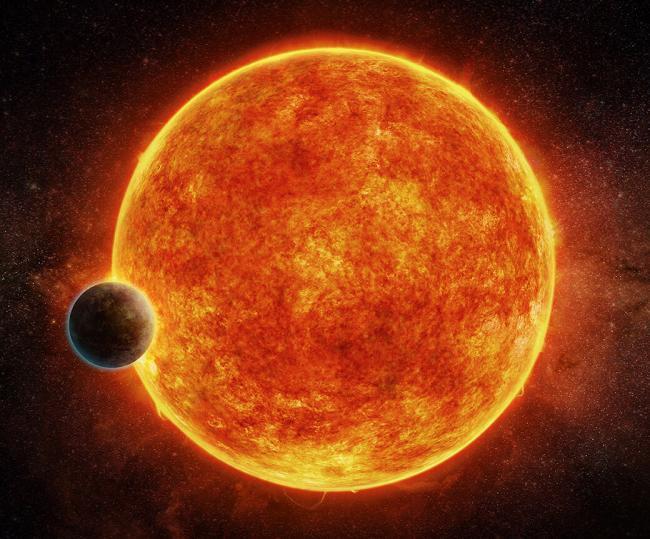 Cambridge, MA - Scientists at the Center for Astrophysics | Harvard & Smithsonian and the University of Rochester are collaborating on a project to search the universe for signs of life via technosignatures, after receiving the first NASA non-radio technosignatures grant ever awarded, and the first SETI-specific NASA grant in over three decades.

Researchers believe that although life appears in many forms, the scientific principles remain the same, and that the technosignatures identifiable on Earth will also be identifiable in some fashion outside of the solar system. "Technosignatures relate to signatures of advanced alien technologies similar to, or perhaps more sophisticated than, what we possess," said Avi Loeb, Frank B. Baird Jr. Professor of Science at Harvard. "Such signatures might include industrial pollution of atmospheres, city lights, photovoltaic cells (solar panels), megastructures, or swarms of satellites."

Knowing where to look for technosignatures hasn't always been easy, making it difficult for researchers to obtain grants and a footing in mainstream astronomy. The surge of results in exoplanetary research—including planets in habitable zones and the presence of atmospheric water vapor—over the past five years has revitalized the search for intelligent life. "The Search for Extraterrestrial Intelligence (SETI) has always faced the challenge of figuring out where to look. Which stars do you point your telescope at and look for signals?" said Adam Frank, a professor of physics and astronomy at the University of Rochester, and the primary recipient of the grant. "Now we know where to look. We have thousands of exoplanets including planets in the habitable zone where life can form. The game has changed."

The study, "Characterizing Atmospheric Technosignatures," will initially focus on searching for two particular signatures that may indicate the presence of technological activities on extrasolar planetary bodies: solar panels and pollutants.

Solar panels are rapidly gaining in popularity as a means for harnessing the energy of Earth's sun, and researchers believe other civilizations will do the same with their own stars as they seek new means to produce energy. "The nearest star to Earth, Proxima Centauri, hosts a habitable planet, Proxima b. The planet is thought to be tidally locked with permanent day and night sides," said Loeb. "If a civilization wants to illuminate or warm up the night side, they would place photovoltaic cells on the day side and transfer the electric power gained to the night side." Frank added, "Our job is to say, 'this wavelength band' is where you would see sunlight reflected off solar panels. This way astronomers observing a distant exoplanet will know where and what to look for if they’re searching for technosignatures."

In the search for life outside of the solar system, scientists also often turn to biosignatures detected as chemicals in planetary atmospheres. Jason Wright, Penn State University, said, “We have come a long way toward understanding how we might detect life on other worlds from the gases present in those worlds’ atmospheres." While scientists can search for those chemicals produced naturally by life, like methane, they are now also searching for artificial chemicals and gases. "We pollute Earth’s atmosphere with our industrial activity," said Loeb. “If another civilization had been doing it for much longer than we have, then their planet's atmosphere might show detectable signs of artificially produced molecules that nature is very unlikely to produce spontaneously, such as chlorofluorocarbons (CFCs)." The presence of CFCs—or refrigerant—therefore, could indicate the presence of industrial activity.

Loeb, Frank, and Wright are joined by Mansavi Lingam of the Florida Institute of Technology, and Jacob Haqq-Misra of Blue Marble Space. The study aims to eventually produce the first entries for an online technosignatures library.

"My hope is that, using this grant, we will quantify new ways to probe signs of alien technological civilizations that are similar to or much more advanced than our own," said Loeb. "The fundamental question we are trying to address is: are we alone? But I would add to that: even if we are alone right now, were we alone in the past?"