The cosmic microwave background (CMB) is a cold bath of light filling the modern universe, left over from the time before the first stars or planets. The temperature variations and polarization of the CMB light carry information about the earliest moments after the Big Bang. The Kovac CMB Group at the Center for Astrophysics | Harvard & Smithsonian, led by Professor John Kovac, studies this light using state-of-the-art telescopes, including the BICEP3 telescope and Keck Array located at the South Pole. 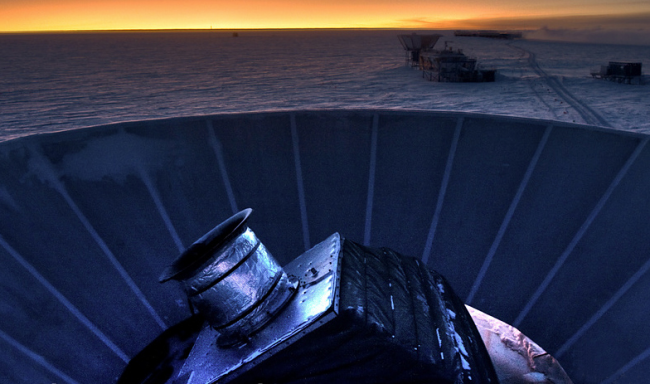 The Newest Telescopes for the Oldest Light

After the Big Bang, the entire universe was hot, dense, and opaque, so we have no observable light from the first era of cosmic history. The change happened around 400,000 years after the Big Bang, when the first atoms formed and the cosmos became transparent. The light from this transition is the CMB. Fluctuations in matter from earlier times are imprinted on the CMB, providing us with the best information about the very early universe.

In particular, the Kovac CMB Group is hunting for the imprint of gravitational waves from inflation, the hypothetical extremely rapid expansion of the cosmos during the first split-second after the Big Bang. These waves would have left a small twist in the polarization of CMB light. Researchers with the CMB Group have designed or help to design multiple instruments to look for this polarization, along with the distortions known as gravitational lensing and other influences on the appearance of the CMB.

The Kovac CMB Lab is one of the leaders of the BICEP program, along with NASA’s JPL and other universities. This program builds microwave and radio telescopes designed to look for CMB polarization. The currently operating observatories are BICEP3 and the Keck Array, both located at the South Pole. BICEP3 is a prototype for the upcoming BICEP Array, which will be an upgrade to the Keck Array, providing huge improvements to the observational program. 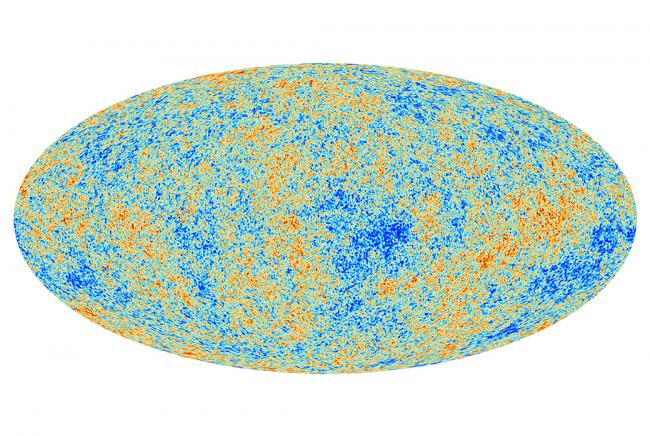 The cosmic microwave background (CMB) is light leftover from when the universe became transparent 380,000 years after the Big Bang. This image is a map of the CMB, showing the fluctuations that led to galaxies later in cosmic history.

Credit: ESA and the Planck Collaboration