The Transition Region and Coronal Explorer (TRACE) was a space-based solar observatory which operated from 1998 through 2010. TRACE primarily observed in ultraviolet light to map the small-scale structure of the eruptions of gas on the Sun’s surface known as coronal loops, as well as the “transition region” where the Sun’s atmosphere increases in temperature dramatically. The telescope was a joint project of the Center for Astrophysics | Harvard & Smithsonian, NASA, and Lockheed Martin. The long duration of the mission enabled TRACE to be the second space-based solar observatory to monitor an entire sunspot cycle, which provided valuable information on how the Sun’s magnetic field affects its atmosphere. 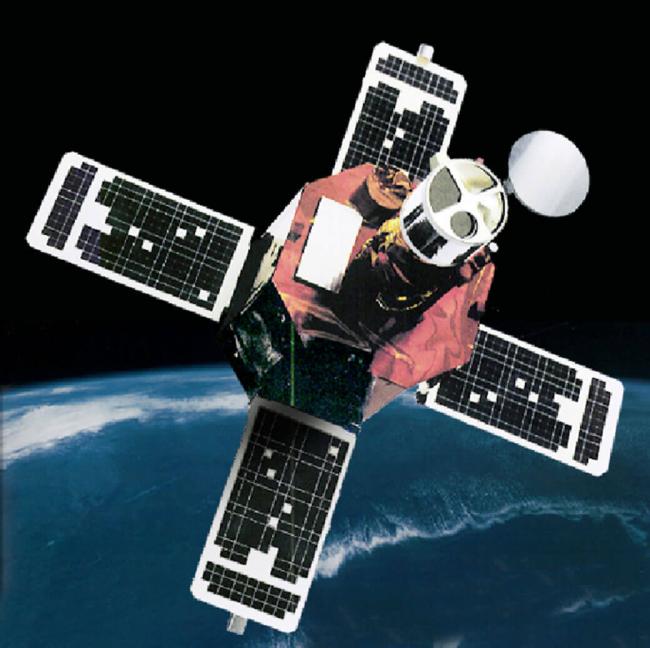 This artist's impression shows the TRACE spacecraft high above Earth. TRACE monitored variations in the Sun's atmosphere and surface from 1998 until 2010.

TRACE was part of NASA’s Small Explorer program of low-cost spacecraft-based scientific missions. The observatory was launched in 1998 into an orbit around the Sun, with an original mission duration of one year. TRACE performed well enough to keep extending operations until 2010.

The telescope viewed the Sun in visible and ultraviolet light, including the high-energy end of the ultraviolet range. That required special mirrors developed by researchers at the CfA to focus the ultraviolet photons. The 30 centimeter (1 foot) telescope provided high-resolution images of the Sun’s surface, as well as features of its atmosphere. The different wavelength ranges  captured different parts of the solar atmosphere ranging from the Sun’s visible surface — called the photosphere — into the corona, allowing scientists to connect structure at different heights and different temperatures.

TRACE’s mission was to understand many aspects of the Sun’s behavior, including its coronal loops driven by the magnetic field. The observatory also studied the solar transition region to understand why the corona is millions of degrees in temperature, while the surface is just thousands of degrees. Among its many important measurements of solar magnetic behavior, TRACE was the first observatory to image “solar moss”, the oddly-textured material on the surface of the Sun at the base of coronal loops.

TRACE took millions of images of the Sun, providing 12 years of data on the atmosphere and magnetic behavior of our host star. Much of its mission is being carried on by later observatories, including NASA’s IRIS solar telescope.

The TRACE images may be used without restrictions in publications of any kind.