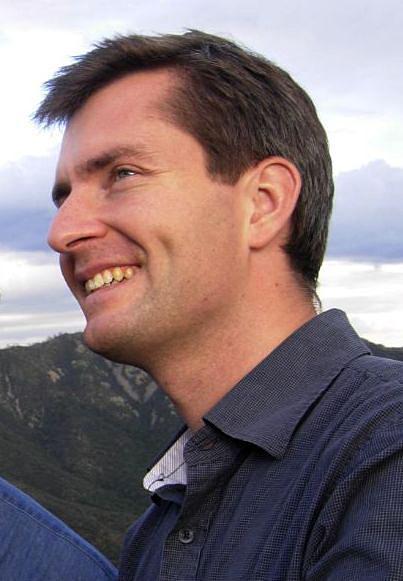 CfA astronomer David Charbonneau, the Thomas D. Cabot Associate Professor of Astronomy at Harvard University, will receive the NSF 2009 Alan T. Waterman Award for his work on the development of novel techniques for the detection and characterization of planets orbiting nearby sun-like stars. This annual award recognizes an outstanding young researcher in any field of science or engineering supported by NSF. NSF noted that the selection of Charbonneau was particularly noteworthy because this year is the International Year of Astronomy.

As a CfA graduate student in 1999, Charbonneau used a 10-centimeter (4-inch) telescope to make the first detection of an exoplanet eclipsing its parent star, thereby setting the first ever constraints on the composition of a planet outside the solar system. He was a founding member of the Trans-Atlantic Exoplanet Survey, which used a worldwide network of small automated telescopes to survey hundreds of thousands of stars, discovering four more planetary systems through the eclipse technique. Charbonneau also pioneered the use of space-based observatories to undertake the first studies of the atmospheres of these distant worlds:. In 2001 he used the Hubble Space Telescope to directly study the chemical make-up of the atmosphere enshrouding one of these exoplanets, and in 2005, he led the team that used a CfA-led instrument, the Infrared Array Camera on the Spitzer Space Telescope, to make the first direct detection of the light emitted by an exoplanet.

Charbonneau is also a member on NASA's Kepler satellite team, and he currently leads the NSF-funded MEarth Project. Each of these projects aims to detect Earth-like planets that might be suitable abodes for life beyond the solar system.

Charbonneau earned his doctorate in astronomy from Harvard University and his undergraduate degree in math and physics from the University of Toronto. Charbonneau has been awarded many other distinctions through the years. In 2004, the Astronomical Society of the Pacific awarded him the Robert J. Trumpler Award for his graduate thesis entitled "Shadows and Reflections of Extrasolar Planets." He was recently named an Alfred P. Sloan Research Fellow (2006-2011), and awarded a David and Lucile Packard Fellowship for Science and Engineering (2006-2008), and the NASA Exceptional Scientific Achievement Medal (2006).

Charbonneau will receive the medal at an awards dinner on May 13, 2009.