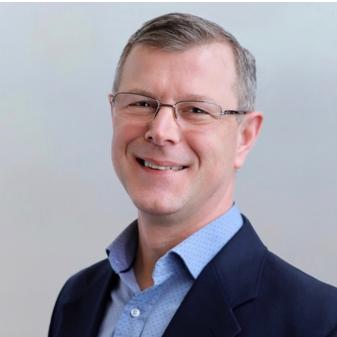 CfA scientist Dr. Alberto Accomazzi has been awarded the Smithsonian Institution's 2019 Secretary Research Prize for "excellence in scholarly websites." The prestigious prize, which has been awarded annual since 2012, goes to Smithsonian websites providing original research and analysis to the scholarly world and the public. Selected after a peer-review process, the winning site's content must be original and must make a distinct new contribution to the field. Dr. Accomazzi is the Principal Investigator and Program Manager for the SAO/NASA Astrophysics Data System (ADS), which over the past decade has gotten well over twenty billion visits and answered over three billion queries, by far the most of any Smithsonian-hosted website. The ADS is a transformative information system for astronomers that provides links to research articles as well as cross-reference tools. As early as 1997 the use of ADS surpassed that of all astronomy libraries in the world, and since then its use has continued to increase. It is now accessed by experts in related disciplines such as heliophysics, planetary science, and high energy physics.

Dr. Accomazzi received his Doctorate in Physics from the University of Milan in 1988. In his thesis, he developed techniques to perform the morphological classification of galaxies using automated feature extraction from astronomical CCD images. The following year he was hired as a staff member at the Center for Astrophysics Image Processing Laboratory to support the hardware and software systems used for the analysis of astronomical images at the observatory. In 1994 he joined the ADS project as a software developer, and focused on making the ADS's bibliographic database available on the web. In his role as a developer, he implemented the pipeline used for indexing bibliographic records and for processing full-text documents generated by scanning in the articles from the major astronomy journals.

In 2007, Dr. Accomazzi became program manager of the ADS, and in 2015 he took on the additional role of Principal Investigator. During the past decade he oversaw the transformation of the original, custom-built ADS system into a modern cloud-based platform designed to meet the needs of astronomy as an increasingly data-intensive discipline. The transition from the home-grown ADS system built in the 90's ("ADS Classic") to the new ADS has been the most ambitious technological upgrade in its twenty-year history. The new system features an IT platform built on modern digital library standards, a new, extensible, open-source search engine, a public API (application programming interface), a wide set of applications, and enhanced cross-indexing of content.

Dr. Accomazzi serves on the scientific advisory board of the high-energy INSPIRE information system, the next-generation high energy physics information system which combines the content of multiple databases and which is run by an international collaboration of scientists working on high energy research. He also serves on the arXiv Next Generation IT advisory board, and on the steering committee of the Unified Astronomy Thesaurus. He referees for various scholarly publications and is an editor of the journal Astronomy & Computing.