George B. Field Receives the Henry Norris Russell Lectureship of the AAS 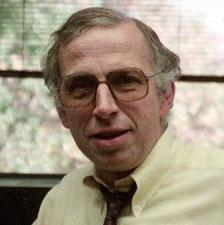 George B. Field will receive the Henry Norris Russell Lectureship for 2014 from the American Astronomical Society. He is being recognized "for a lifetime of contributions to our basic understanding of diffuse plasmas in the universe, which continue to motivate current astronomers."

The American Astronomical Society also noted that "his visionary leadership of the 1980 decadal survey in astronomy and astrophysics remains a landmark in science policy that brought powerful new instrumental capabilities to the astronomical community."

Field was the founding director of the Harvard-Smithsonian Center for Astrophysics (CfA), serving from 1973 to 1982. He was succeeded by Irwin I. Shapiro.