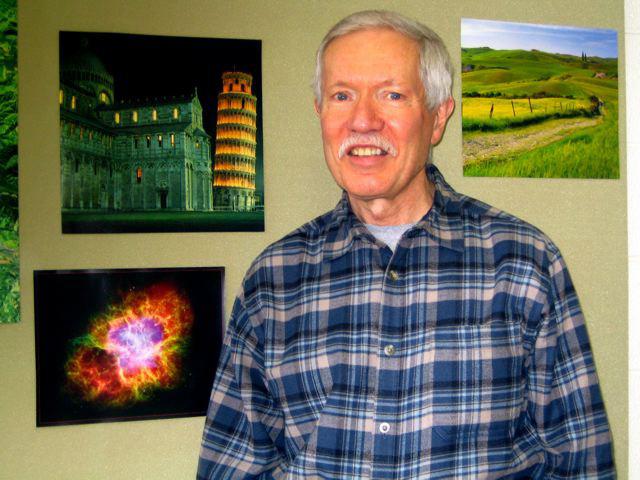 Dr. Jeffrey McClintock will share the 2009 Rossi Prize for his research that measured the masses of black holes found in X-ray binary
star systems. The prize is awarded annually by the High Energy Astrophysics Division of the American Astronomical Society in recognition of significant contributions as well as recent and original work in high energy astrophysics. He shares the prize with Charles D. Bailyn and Ronald A. Remillard.

Dr. McClintock is a Senior Astrophysicist at the Harvard-Smithsonian Center for Astrophysics (CfA) and a Lecturer in the Astronomy Department of Harvard University. He received his B.S. degree in physics from Stanford
University in 1964 and his Ph.D. in physics from the Massachusetts Institute of Technology in 1969, where he did his graduate work in X-ray
astronomy during the decade in which celestial X-ray sources were first discovered.

As a graduate student he built and flew balloon-borne X-ray telescopes in the U.S. and Australia. While at MIT, he helped build and use NASA's SAS-3 X-ray Observatory, which obtained the first precise positions for many celestial X-ray sources. With the positions in hand, Dr. McClintock used ground-based optical telescopes to discover and study the optical counterparts of X-ray binary star systems, primarily those that contain black holes.

Dr. McClintock joined the CfA in 1985. He and his colleagues, Charles Bailyn and Ronald Remillard (joined later by Jerome Orosz) made the first mass measurements of most of the 22 known stellar-mass black holes by measuring the velocities and other properties of their companion stars. It is this work that has been recognized by the 2009 Rossi Prize.

Recently, Dr. McClintock has turned his attention to the measurement of the spin (rate of rotation) of these black holes. A black hole is completely defined by two numbers: its mass and its spin. Just as the speed of light cannot be exceeded in Einstein's relativity theory, so also is there a maximum spin that a black hole can reach. During the past three years, the team that he and his CfA colleague Ramesh Narayan lead has measured the spins of five stellar-mass black holes, and found one that is wildly spinning at only a hair's breadth below this maximum value (http://www.cfa.harvard.edu/news/2006/pr200630.html). For this latter discovery, Dr. McClintock received a Smithsonian Secretary's Research Prize for 2008.

The Rossi Prize is given in honor of Professor Bruno Rossi, an authority on cosmic ray physics and a pioneer in the field of X-ray astronomy.