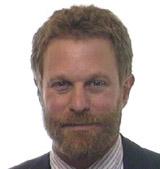 Dr. Philip M. Sadler of the Harvard-Smithsonian Center for Astrophysics has been awarded the 2010 American Astronomical Society's Education Prize. This award recognizes outstanding contributions to the education
of the public, students and/or the next generation of professional astronomers.

Dr. Sadler is Harvard's F.W. Wright Senior Lecturer in Astronomy. His research activities include assessment of students' scientific
misconceptions and how these change as a result of instruction or other pedagogic techniques including the use computer technologies that allow youngsters to do simulated research. He is active in the development of curricula for the physical sciences, and in the easing of the college
transition for high school students pursing science-related careers. He also models how experienced teachers enhance their skills. He carries on Harvard's oldest undergraduate course in science, Celestial Navigation.
He directs the CfA's Science Education Department, one of the largest such research groups in the sciences. He serves on editorial boards for several research journals, and advisory boards for the American Educational Research Association and the American Astronomical Society.

Dr. Sadler earned a B.S. in Physics from MIT in 1973 while co-authoring a textbook on introductory calculus. He then taught middle school science, engineering, and mathematics for several years before earning a doctorate in education from Harvard in 1992 with a dissertation entitled "The Initial Knowledge State of High School Astronomy Students." He has taught Harvard's courses for students preparing to be science teachers, and for the next generation of science professors. In 1999, he won the Journal of Research in Science Teaching Award for work on assessing student understanding in science, a prize given yearly for "the most significant contribution to science education research." He won the Astronomical Society of the Pacific's Brennan Prize for contributions to astronomy teaching in 2002. He has been awarded the Computers in Physics Prize by the American Institute of Physics three times. He is the originator of the MicroObservatory network of robotic telescopes that has taken over 600,000 pictures for pre-college students' projects. He is the inventor of the Starlab Portable Planetarium and many other devices used for the teaching of astronomy worldwide. He was the executive producer of "A Private Universe," an award-winning video on student conceptions in science. Materials and curricula he developed are used by an estimated fifteen million students every year.