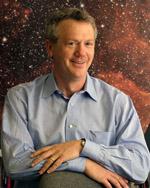 Robert Kirshner of the Harvard-Smithsonian Center for Astrophysics has been awarded the 2011 Dannie Heineman prize of the of the American Institute of Physics and the American Astronomical Society "for his sustained and enduring contributions to our understanding of supernovae and cosmology." The award committee called special attention to Kirshner’s work with students using supernova light curves as calibrated standard candles, research which has provided evidence for an accelerating expansion of the universe. "The dark energy inferred from this result is one of the deepest mysteries of modern science."

Kirshner is Harvard College Professor of Astronomy and Clowes Professor of Science at Harvard University. He is an author of over 250 research papers dealing with supernovae and observational cosmology. His work with the "High-Z Supernova Team" on the acceleration of the universe was dubbed the "Science Breakthrough of the Year for 1998" by Science Magazine. He graduated from Harvard College in 1970 and received a Ph.D. in Astronomy at Caltech. He then worked at Kitt Peak National Observatory and the University of Michigan before returning to the Harvard Astronomy Department in 1986. He is a member of the American Academy of Arts and Sciences, the National Academy of Sciences, and the American Philosophical Society. He served as President of the American Astronomical Society from 2003-2005. Prof. Kirshner was given the Distinguished Alumni Award by Caltech in 2004 and received an honorary Doctor of Science from the University of Chicago in 2010. He is also the author of the popular-level book, "The Extravagant Universe: exploding stars, dark energy, and the accelerating cosmos (Princeton University Press)."