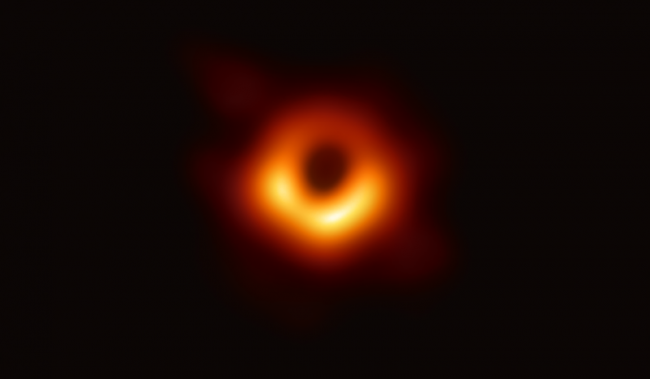 Black holes in the modern sense were first predicted as a consequence of Albert Einstein’s general theory of relativity in 1915. These objects are so dense, they are surrounded by a boundary called an event horizon; anything crossing that boundary can never return to the outside universe. The first candidate black hole was Cygnus X-1, discovered by the Uhuru X-ray satellite. That discovery was followed closely by the identification of the Milky Way’s supermassive black hole Sagittarius A* in 1974.

Today we know black holes are common throughout the cosmos. Nearly every large galaxy contains at least one supermassive black hole weighing millions or billions of times the mass of the Sun. Despite their ubiquity and large mass, these black holes are relatively small in size meaning even our best telescopes can’t take images of them — at least when working alone. The EHT uses a method known as “very long baseline interferometry” (VLBI) to yoke multiple telescopes together into a single virtual observatory the size of the planet. That combined power gave it the resolution necessary to take an image of the supermassive black hole in the giant elliptical galaxy M87. With the addition of four observatories, including CfA’s Greenland Telescope, the EHT continues to observe both M87 and Sagittarius A*. 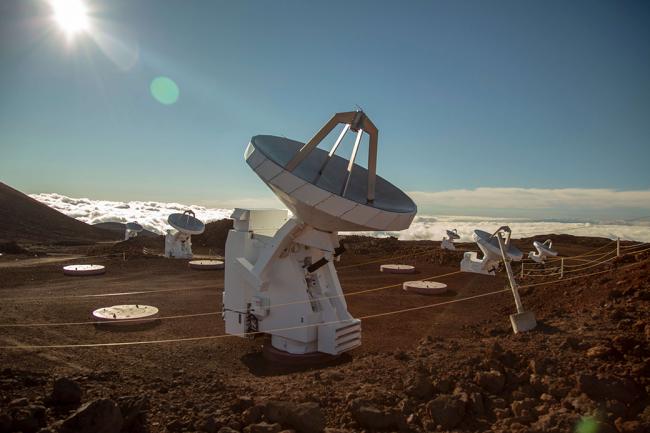 One of the 6-meter antennas comprising the Submillimeter Array (SMA) at the summit of Maunakea in Hawaii. SMA is one component of the Event Horizon Telescope, which combines multiple telescopes into a single globe-spanning observatory.

These images will provide valuable information about the behavior of matter right as it falls into the black hole. This matter emits light at a range of wavelengths around 1.3 millimeters, which fortunately passes through Earth’s atmosphere and the interstellar gas between us and the center of the Milky Way. This wavelength is observable by many large existing telescopes, so the EHT is a collaboration between those observatories. The collaboration is led from the Center for Astrophysics, and includes the CfA’s SMA in Hawaii, the Greenland Telescope, the National Radio Astronomy Observatory’s Atacama Large Millimeter/Submillimeter Array (ALMA) in Chile, the Submillimeter Telescope in Arizona, and the Large Millimeter Telescope in Mexico.

The EHT images the black hole “shadow”: a perfectly dark region due to the black hole blocking all light coming from farther away, surrounded by the bright ring of 1.3 mm emissions. This absence has the shape of the black hole’s event horizon, so it provides an essential test of Einstein’s theory of gravity. It also provides estimates of the black hole’s spin, as well as information about the behavior of matter under strong gravity. 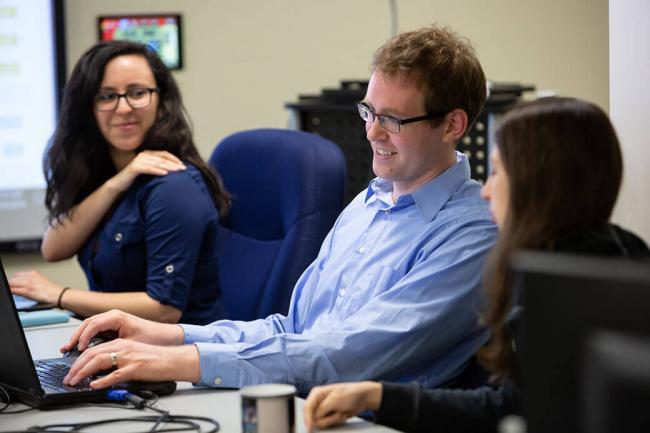 Members of the Event Horizon Telescope team at the Center for Astrophysics | Harvard & Smithsonian in Cambridge, MA.