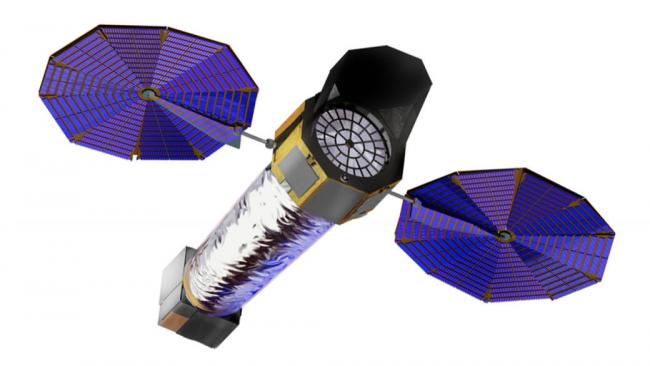 The Chandra X-ray Observatory was launched in 1999 and has operated ever since, serving as one of the most successful telescopes in existence. Lynx is designed to incorporate everything X-ray astronomers have learned since the 1990s, and provide the next generation of X-ray observations to increase our knowledge of the high-energy universe. The telescope’s name is in honor of Galileo, who was a member of the scientific society Academy of the Lynx (Accademia dei Lincei).

Earth’s atmosphere blocks most X-ray light, so Lynx will be a space telescope like Chandra is. The telescope’s instruments are designed with improvements to sensitivity, field of view, and resolution — how well a telescope can distinguish details on an astronomical source — over existing X-ray telescopes. The observatory’s sensitivity will allow it to image fainter objects than previously possible, allowing Lynx to see far into the history of the universe, where the first stars and black holes formed. Most of our current knowledge of this era comes from visible light or radio observations; Lynx will provide X-ray data to complement this knowledge.

As with Chandra and other modern X-ray observatories, Lynx will be built with “grazing incidence” mirrors. X-rays don’t reflect off normal mirrors, so grazing incidence mirrors are designed for X-ray photons to bounce off at a large oblique angle, guiding them to the detectors. Using improvements in material technology, Lynx will have more of these mirrors than previous observatories, increasing its ability to collect light. Overall, Lynx is designed to advance X-ray observations far beyond current capabilities, setting the standard for the next generation of telescopes the way Chandra has done for the current generation.