Certain observations in astronomy require extremely precise measurements of the spectrum of light. In other words, sometimes researchers need to find the colors of light from an astronomical object to a higher precision than ordinary detectors allow. For that purpose, they’ve developed a type of device called a “laser comb” or “astro comb”, which splits light from a laser into very specific colors in parallel. Among other things, astro combs allow astronomers to measure tiny variations in a star’s light created by orbiting exoplanets, possibly helping identify Earth-sized planets.

Center for Astrophysics | Harvard & Smithsonian scientists are developing astro comb technology to create the next generation of observatories: 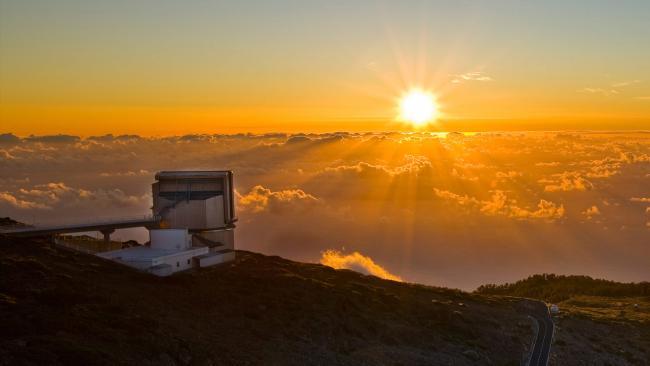 This is the same Doppler effect that changes the pitch of a siren as a fire truck passes. The Doppler effect for exoplanets is tiny, and so far has mostly been useful for massive planets orbiting very close to their host stars. To improve the sensitivity — and detect lower-mass planets — some astronomers use astro combs.

Laser light is nearly one pure color, meaning the wavelength of each photon coming out of a laser is almost exactly the same. An astro comb splits the light into short bursts, which can be tuned to very specific colors — the “teeth” of the comb. Astronomers use these colors to fine-tune their instruments when measuring the spectrum from a star. That precision leads to huge improvements in the measurement of the Doppler effect. An astro comb is currently part of the High Accuracy Radial-velocity Planet Searcher for the Northern hemisphere (HARPS-North). Researchers hope to reach the precision necessary to detect Earth-like planets using this method.