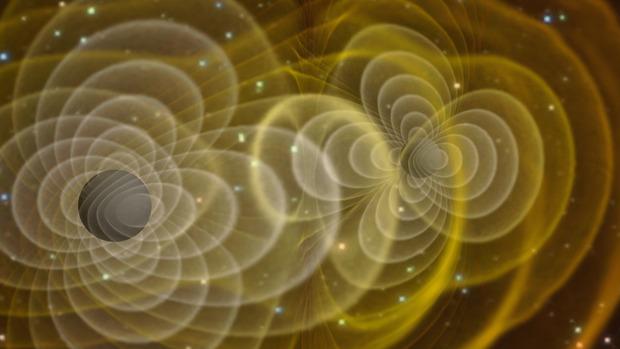 The recent detection of gravitation waves (GW) from the merger of two black holes of about thirty solar-masses each with the ground-based LIGO facility has generated renewed enthusiasm for developing even more sensitive measurement techniques. Ground-based GW instruments have widely spaced sensors that can detect sub-microscopic changes in their separation -- better than one part in a billion trillion, They suffer, however, from the noise produced by small ground tremors -- vibrations from natural or man-made sources that ripple through the precisely tuned detectors. The vibrations most difficult to compensate for are those that change relatively slowly, at frequencies around once a second or less, yet astronomers predict that GW sources producing these slow variations should be interesting and abundant, from compact stellar-mass binary stars to gravitational events in the early universe.

The CfA has long been renowned for its laboratory work producing some of the best precision devices in the world. In particular are its timekeeping hydrogen-maser clocks, used by NASA to track its satellites as well as by radio astronomers around the world to make precision measurements of cosmic phenomena using Very Long Baseline Interferometry. The CfA maser group has continued to develop advanced clock technologies over the years, and to turn them into new tools to probe the heavens, including recently the so-called "laser-combs" for ultraprecise measurement of stellar velocity shifts induced by extrasolar planets.

CfA scientists Igor Pokovski, Nick Langellier, and Ron Walsworth and two colleagues have published a new GW detector concept to study in particular the low frequency GWs. Their technique precisely measures not the separation of the sensors but their minuscule motions via the Doppler effect as a gravitational waves passes by. The device uses a finely controlled laser and precise atomic clocks mounted in two satellites (unlike other space GW concepts that require three satellites, this system needs only two). The technology for this capability requires only realistic improvements to implement, and offers an important extension to current GW systems.