Atomic, molecular, and optical (AMO) physics is a branch of research describing the interactions of light and matter. Understanding these interactions is essential for studying a variety of astrophysical phenomena, lasers, collisions between atoms, atmospheric science, chemical reactions, and the behavior of matter at very low temperatures. The Institute for Theoretical Atomic Molecular and Optical Physics (ITAMP) at the Center for Astrophysics | Harvard & Smithsonian provides a home to physicists working on the theoretical foundations for AMO laboratory and astrophysical observations. In addition to resident researchers, ITAMP supports visiting scholars, with special fellowships offered to faculty and students from traditionally underrepresented groups in science, workshops in all areas of AMO physics, and public educational and research programs. The Institute also maintains a blog and a YouTube channel for public outreach.

The Theory of Light and Matter

For more than a century, physicists and chemists have studied matter and its interactions with light on the level of individual atoms and molecules. Modern AMO physics uses techniques learned over that time to make advances in the understanding of atoms and molecules, improve laser technology, and study matter at extremes of temperature. One particular area of interest is studying the spectrum of light absorbed and emitted by atoms and molecules under a wide range of temperatures, densities, and magnetic and electric field strengths — conditions occurring in a variety of astrophysical systems. These include molecules found in planetary and stellar atmospheres, interstellar clouds, cold plasmas, and other environments.

ITAMP brings together the many interdisciplinary approaches to AMO theory, as it is applied in physics, astronomy, chemistry, or materials research. Modern AMO theory includes computational techniques, as computers are increasingly able to model more sophisticated physical systems. Since few universities have dedicated AMO theory research groups, the Institute offers visiting scholar positions, postdoctoral positions, a Winter Graduate School at the B2 Institute in Arizona, and interdisciplinary development workshops. In particular, the ITAMP Underrepresented Faculty/Student Tandem Visiting Fellowships provide funds for faculty from historically black colleges and universities (HBCUs) to bring their students to the CfA for two month periods during summer academic breaks, facilitating collaborations with other researchers.

ITAMP was founded in 1988 as the Institute for Theoretical Atomic and Molecular Physics; optical physics was added to the name later, though the original acronym was left unchanged. Its mission from the beginning was to fill a need for theoretical work in the AMO community, which is largely experiment-driven. The Institute is supported in part by the National Science Foundation (NSF). 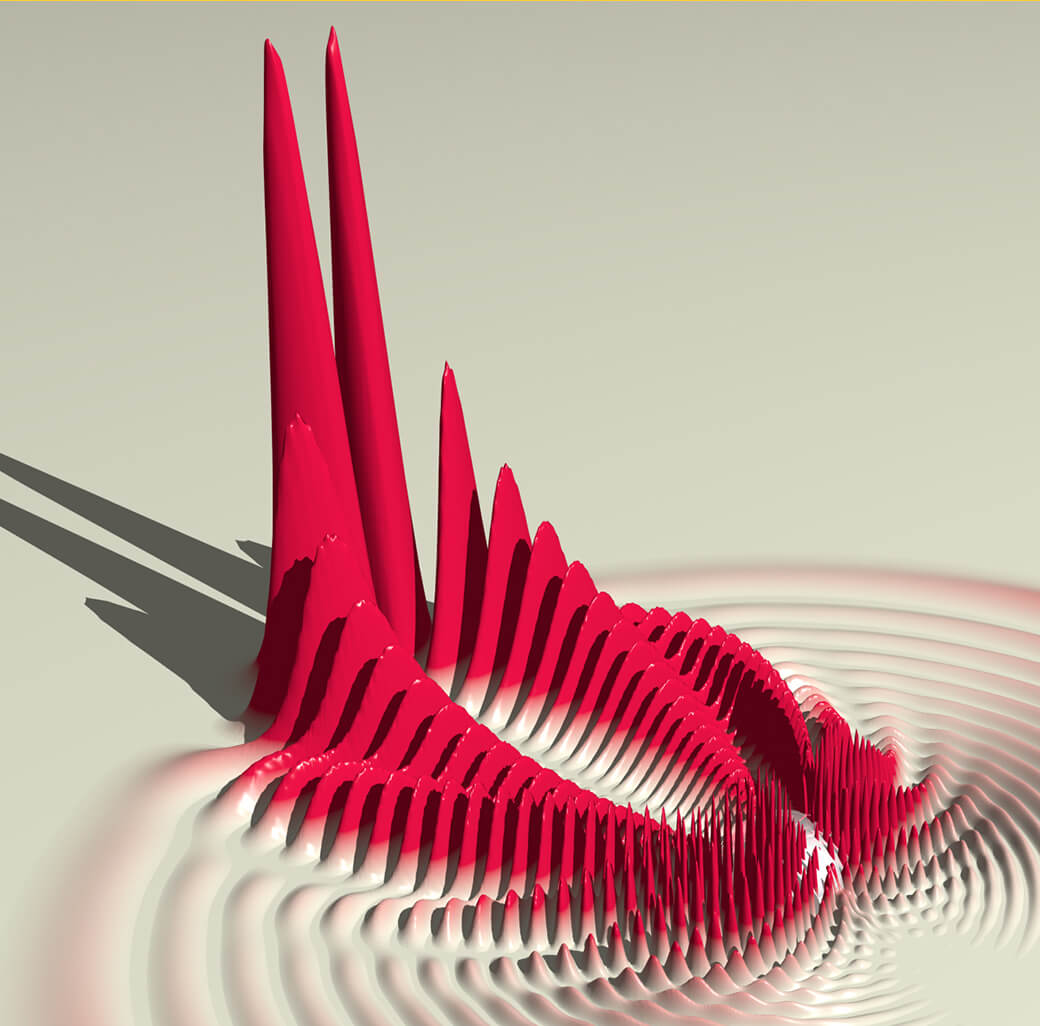 An illustration of a Rydberg molecule, a special configuration where collisions within a gas push electrons to their outermost orbits. The spectrum of emission and absorption of light from these molecules is important for understanding exotic astronomical environments.