Every type of atom or molecule absorbs and emits light in a unique way, thanks to the particular configuration of electrons and nuclei. However, the spectrum of light from each type can be difficult to distinguish among light from other objects in the same astronomical data. For that reason, astronomers have developed databases of spectra for many of these atoms and molecules, to help identify the chemical composition of stars, nebulas, and other cosmic objects.

Center for Astrophysics | Harvard & Smithsonian scientists produce databases of atomic and molecular spectra as a shared resource for astronomers around the world. These databases include:

The Elements of Astrophysics

In the 1920s, Harvard astronomer Cecilia Payne demonstrated that all stars, no matter what color or brightness, are mostly made of hydrogen. She did that by measuring the spectrum of light and finding the unique pattern of absorption from hydrogen gas. Payne’s discovery revolutionized the field of astrochemistry, allowing astronomers to study the chemistry of stars, nebulas, and other astronomical objects by the light they absorb and emit.

Since the 1920s, astronomers have identified thousands of molecules in space by their spectra, along with many elements from the Periodic Table. The list includes complex organic molecules in interstellar dust, and water in the regions around newborn planets. To identify these atoms and molecules, though, astronomers need to recognize their spectra. 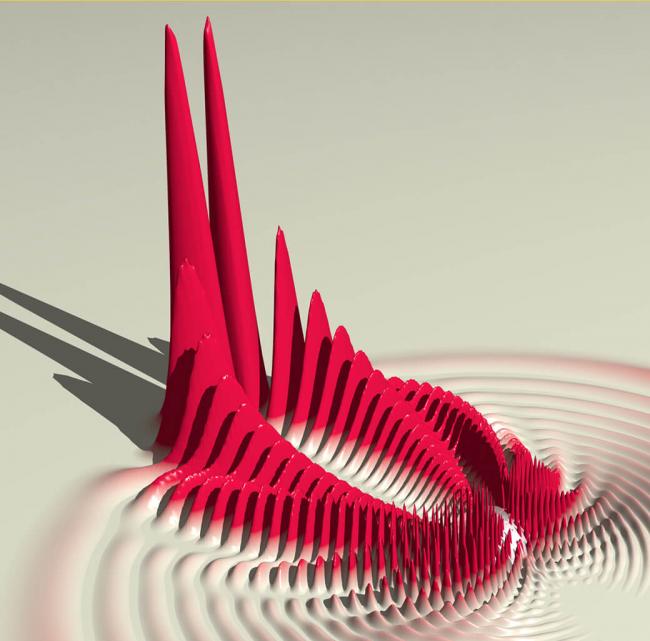 An illustration of a Rydberg molecule, a special configuration where collisions within a gas push electrons to their outermost orbits. The spectrum of emission and absorption of light from these molecules is important for understanding exotic astronomical environments.

To that end, the Center for Astrophysics | Harvard & Smithsonian maintains databases of atomic and molecular information, as a service to researchers in astronomy. These databases contain spectra for absorption and emission of light under many circumstances, including the extreme environments around stars or black holes. The resources include computer code for comparing the databases to real astronomical data, to assist with observations.