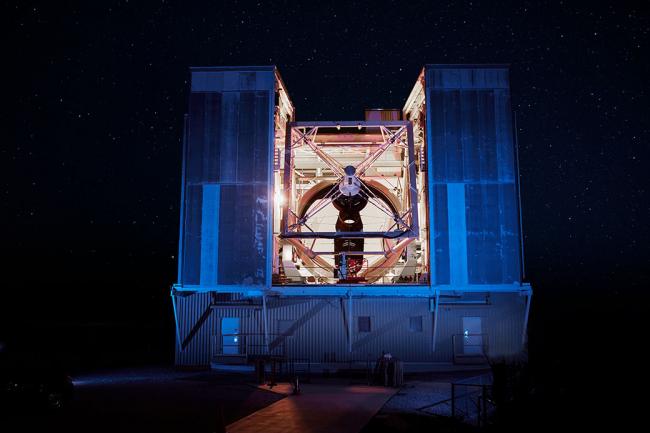 The MMT Observatory was originally built as the Multi-Mirror Telescope in 1979, with six mirrors acting together to focus light from astronomical sources. This design was chosen in part because large mirrors were more difficult and expensive to fabricate then, and because it was easier to transport smaller mirrors to the top of Mt. Hopkins, a 2600-meter (8600 foot) tall mountain in the Santa Rita Mountains of southern Arizona. In subsequent decades, engineers improved mirror-making techniques to lower both weight and cost, allowing the smaller mirrors to be replaced by a single 6.5-meter mirror in 2000. The single mirror improved the field of view — the amount of sky viewable by the telescope — by more than 300 times. The telescope retains the MMT name, though the acronym isn’t generally used anymore.

From the beginning, the MMT has been used to test new technologies and innovations for astronomy. While many large telescopes in 1979 were built to track astronomical objects along just one axis for engineering simplicity, the MMT was constructed to be track objects along both axes. The modern telescope is equipped with “adaptive optics”: a flexible secondary mirror which creates extremely sharp astronomical images by correcting for distortions created by Earth’s atmosphere.

Scientists and engineers at the CfA developed a suite of instruments both to create images and to analyze the spectrum of light from astronomical sources. These include Megacam, a liquid nitrogen-cooled array of 36 charge-coupled device (CCD) detectors, the same basic technology used in digital cameras. Each of the 36 CCDs capture images 2048 x 4608 pixels in size, making Megacam one of the largest astronomical cameras in use. Other instruments include the SAO Widefield InfraRed Camera (SWIRC) designed for taking infrared images, along with the MMT and Magellan Infrared Spectrograph (MMIRS), Binospec, Hectospec, and Hectochelle spectrographs, which are capable of analyzing the spectrum from multiple astronomical objects at once.

These instruments make the MMT a powerful general-purpose optical and infrared observatory, useful for studying astronomical objects from the Solar System to distant galaxies. To list just a few, astronomers have used the MMT to identify systems for future gravitational wave observatories, follow up on exoplanet observations, analyze star-forming regions, and study the environment of supermassive black holes. 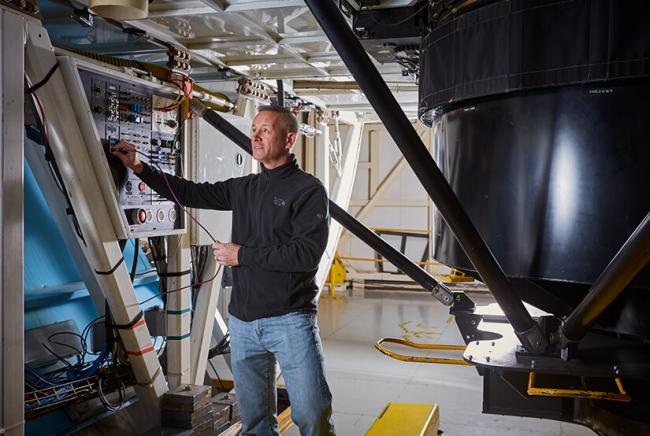 Dr. G. Grant Williams is Director of the MMT Observatory at the Fred Lawrence Whipple Observatory (FLWO) in southern Arizona.

Our Galaxy’s Most Recent Major Collision

Optical and Infrared Astronomy, Harvard University Department of Astronomy
The H3 Survey is answering the question: how did the Milky Way Galaxy grow and assemble over cosmic time? To answer this question, a group of scientists at the CfA and the University of Arizona are mapping the outer limits of the Galaxy with >200,000 stars observed with the 6.5m MMT telescope in Arizona.
3