The Fred Lawrence Whipple Observatory (FLWO) is the largest satellite facility of the Smithsonian Astrophysical Observatory (SAO), part of the Center for Astrophysics | Harvard & Smithsonian. Located​ on Mt. Hopkins in southern Arizona​, this remote site is home to a number of telescopes, including the 6.5 meter MMT Observatory. The observatory also includes the Very Energetic Radiation Imaging Telescope Array System (VERITAS) gamma-ray observatory, telescope arrays designed to find Earth-like exoplanets, and a number of other telescopes used for a wide range of astronomical observations. 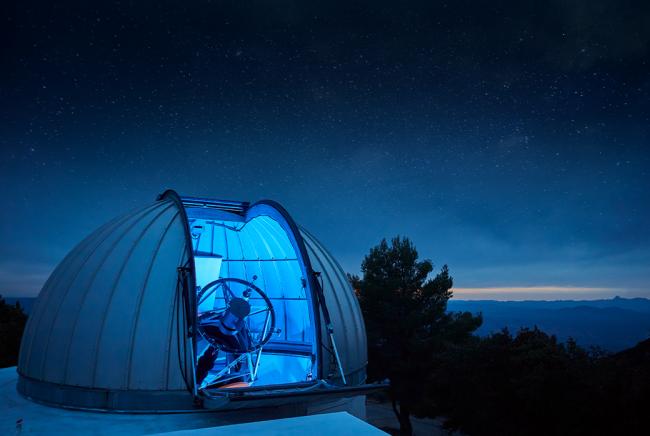 The 1.2M Telescope at the Fred Lawrence Whipple Observatory in Arizona.

The Telescopes and Science

From its establishment in 1966 as the Smithsonian Mount Hopkins Observatory, FLWO has hosted a world-class suite of telescopes designed for a wide variety of purposes.

Fred Lawrence Whipple (1906-2004) was an American astronomer who spent most of his professional career at Harvard University, where he discovered or co-discovered multiple asteroids and comets. In a series of influential papers published in the 1950s, he also developed the “dirty snowball” model of comets, which explains the dark color of a comet’s surface. Whipple served as director of the Smithsonian Astrophysical Observatory (SAO) from 1955 until 1973. During his tenure, SAO developed the Mount Hopkins Observatory, which was renamed for Whipple in 1981.

Mount Hopkins is a 2600-meter (8600 foot) tall mountain in the Santa Rita Mountains of southern Arizona, very close to the border with Mexico. The mountain is sufficiently far from Tuscon to be relatively unaffected by the city’s lights. Additionally, as a desert mountain, the weather is dry and clear much of the year, providing good observational conditions. 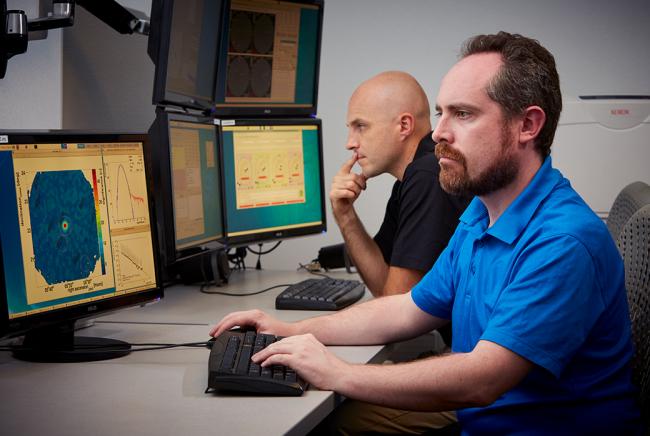