Some of the same challenges occur in astronomy and medicine, despite the very different focus each field has. Both disciplines need to produce high-quality images of systems that are often difficult to study, though for vastly different reasons. Both require using types of radiation that are often difficult to focus, and damaging to equipment. For that reason, detector technology and data techniques developed for astronomy have found fruitful application in medical research.

Center for Astrophysics | Harvard & Smithsonian researchers are developing the new imaging technology for use in telescopes and medical applications: 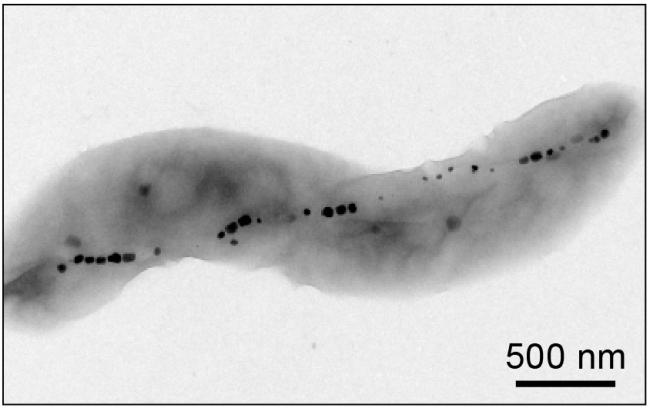 An electron microscope image of a type of bacteria that contains magnetic particles. CfA researchers have applied methods developed for astronomy to create a magnetic image of these living cells.

Astronomy’s “big questions” — how did we come to be? Are there other Earths and other life in the cosmos? — often seem far removed from the big questions of medical work. However, pure research often benefits humanity in unexpected ways, and technology developed in one branch of science can find unintended uses in other places. The Global Positioning System (GPS), for instance, is built on research in everything from space weather, to gravitational fluctuations caused by geology, to small differences in clock speeds described by the theory of relativity.

The link between astronomy and medicine comes primarily through imaging. Both fields require producing high-resolution images, often involving X-rays, which cannot be focused using normal mirrors or lenses. At the Center for Astrophysics | Harvard & Smithsonian, scientists have developed new imaging technology both for astronomy and for use in medicine, particularly the areas of magnetic resonance imaging (MRI) and nuclear magnetic resonance (NMR) for studying the brain.