This month, 10 students will earn doctoral degrees in astrophysics from Harvard University. 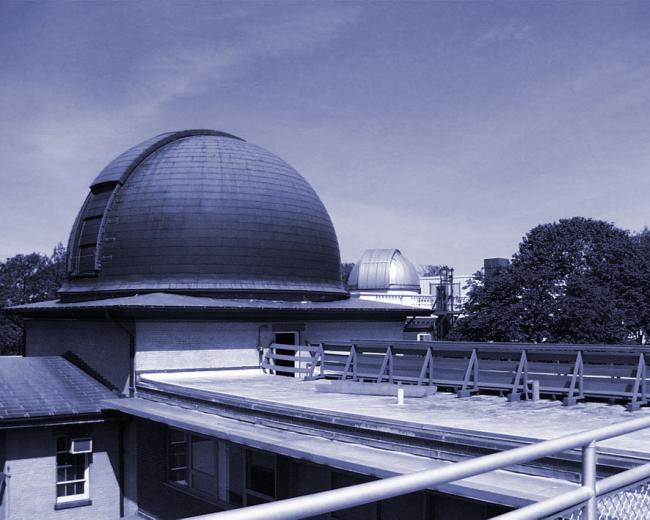 On Thursday, May 27, 10 students in the Department of Astronomy will officially earn their doctoral degrees in astrophysics.

"This has been a wonderful cohort to work with, always very engaged, clever, and community-minded," says Daniel Eisenstein, professor and chair for the Department of Astronomy. "We're very proud of their accomplishments and look forward to seeing what they do in the next stages of their careers."

The graduation ceremony for the Harvard Graduate School of Arts and Sciences (GSAS) will take place at 1 p.m. ET Thursday, May 27.  The ceremony will provide individual recognition of each participating graduate and will feature remarks from the dean of GSAS; the ceremony will be live streamed at gsas.harvard.edu.

The following are a few of the inspirational graduates who make of the Class of 2021: 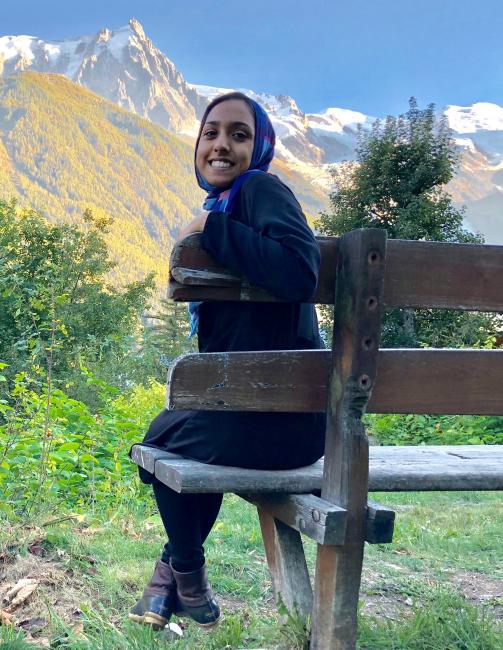 Twenty-seven-year-old Munazza Alam has a goal: Find Earth’s twin. “We don’t know what an Earth twin will look like, but we hope conditions will be just right to host some kind of life,” she says.

Munazza’s search begins with the of study exoplanets—planets outside of our solar system. Using the Hubble Space Telescope, the Magellan Telescopes in Chile and other instruments, she specifically looks at planet atmospheres and what they’re made of. “Are they cloudy or hazy? What chemicals are they comprised of?” she asks.

When Munazza isn’t combing the cosmos, she enjoys painting, sketching and learning new languages. She is fluent in English and Urdu, but can also get by in French, Spanish and German.

Munazza enjoys sharing her love of astronomy with younger age groups, especially young girls and students of color. She’s served as a consultant for Mattel on the design of an astrophysics Barbie doll and is the co-founder of the Harvard chapter of Open Labs, an outreach program in which graduate students inspire K-12 students by providing fun talks about research. 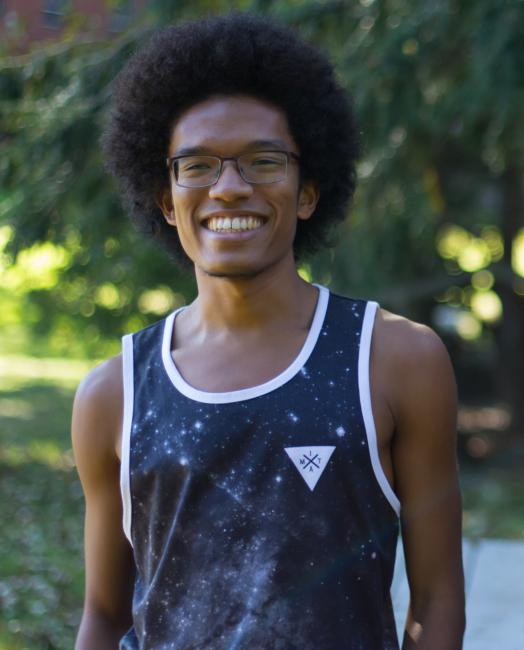 When he’s not searching the night sky for rare objects, 27-year-old Theron Carmichael spends his time building computers from scratch and running marathons. Theron specializes in the study of brown dwarfs, or “very successful planets,” as he puts it.

Astronomers still do not understand brown dwarfs, rare objects that float between planets and stars. Using the Kitt Peak Observatory in Arizona, the Clay Telescope on the roof of the Center for Astrophysics, and other telescopes, Theron has spent the last several years searching for and cataloging brown dwarf stars. By studying their mass and radius, Theron hopes to better understand how the curious objects form and evolve.

After graduation, Theron will go on to the University of Edinburgh in Scotland, where he will serve as a research associate in astronomy. Theron holds special memories of his time at the Center for Astrophysics. He will miss being a member of the Cambridge Running Club, the “breakfast sandwich at Sarah’s Cafe,” as well as the sense of community and inclusivity that he has helped build here at the center. Theron will also never forget the time he sat in on a guest lecture by renowned physicist Stephen Hawking. 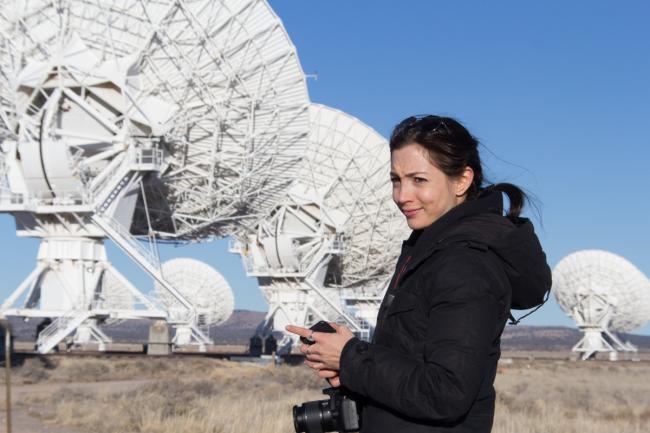 Radio astronomer Tarraneh Eftekhari will never forget visiting the Center for Astrophysics six years ago as a prospective student.

“The graduate students and I grabbed dinner in Harvard square at Beat Brew Hall, sharing drinks and stories late into the night; I felt so welcomed,” she recalls. “I knew then and there that the CfA was the place for me.”

Now as a graduate student, Tarraneh studies explosive events in the universe. Her proudest moment was observing and documenting the first-ever radio light at the center of a superluminous supernovae. Scientists still do not know what causes these stellar explosions to be 10 or more times brighter than the average supernova. Tarraneh’s discovery suggests one explanation: the mysterious, ultrabright explosions are powered by a “central engine,” or magnetar, she says.

Originally from Santa Fe, Tarraneh holds a bachelor’s degree in astrophysics from the University of New Mexico and previously worked as an operator of the Long Wavelength Array Telescope. Later this year, Tarraneh will join Northwestern University, where she has been awarded a prestigious CIERA postdoctoral fellowship.

In her free time, Tarraneh supports first-year graduate students as a peer mentor, meeting regularly with mentees to discuss anything from classes to research. She also is an avid Dungeons and Dragons player and enjoys woodworking, playing the piano and hiking. 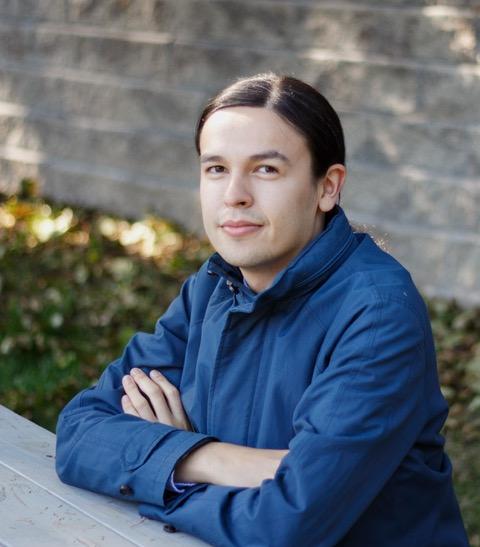 Originally from Juarez, Mexico, 27-year-old Sebastian Gomez is fluent in both Spanish and English and holds a bachelor’s degree in physics from the University of Texas at El Paso. As an undergraduate, Sebastian earned a prestigious National Science Foundation Graduate Research Fellowship that kicked off his graduate studies in astronomy at Harvard.

During his time at the Center for Astrophysics, Sebastian studied transients, sudden astronomical phenomena such as supernova and tidal disruption events—when a star is torn apart by a black hole.

“There are telescopes that scan the entire sky constantly, and they send out alerts whenever they find something new,” Sebastian explains. “It is my job to go through these alerts and try to determine which new objects are the most likely to be exciting. I particularly look for superluminous supernovae, stellar death explosions that can be up to 100 times brighter than normal supernovae.”

Upon graduating, Sebastian will join the Space Telescope Science Institute (STScI) in Baltimore, MD, where he has been awarded a postdoctoral fellowship to study transient astronomy even further. There, he will also serve on the Nancy Grace Roman Space Telescope team; the telescope is slated to launch in the mid-2020s.

In his free time, Sebastian enjoys archery and photography. While he is excited to graduate, Sebastian will miss the people, friends and scientists he’s met at the Center for Astrophysics. 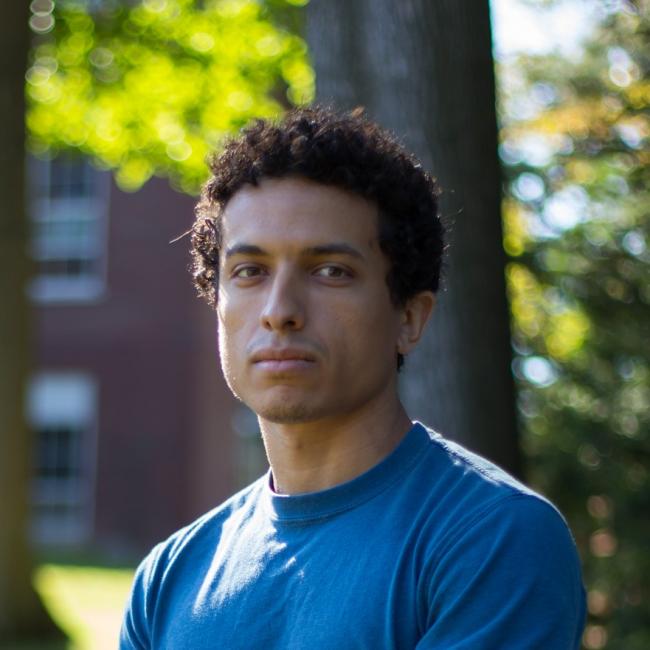 Graduate student Seth Gossage has spent the last six years studying stars and the light they emit. “Our universe is primarily seen through star light and understanding that light is crucial to understanding what we observe,” Seth says.

Astronomers use star light to calculate a star’s mass, chemical composition, age and other properties—but these calculations aren’t perfect. Using computer models, Seth works to improve our understanding of star light, which can ultimately help astronomers test and validate theories about the age of the universe.

Seth once considered studying art instead of astrophysics, but was drawn to the field in hopes of learning about the universe and life itself.

Seth is a strong advocate for increasing diversity in astronomy. For the last five years, he has served as an instructor for the Banneker Institute, a rigorous summer program at the Center for Astrophysics that prepares undergraduate students of color for graduate astronomy programs.

“I feel that science careers, including those in astrophysics, can feel pointless to young people who do not see themselves represented within them,” Seth says. “As someone of mixed African American descent, who did not plan to necessarily become an astronomer until later in life, I hope that I could help provide a contact for others who come from underrepresented backgrounds, and who may feel disconnected at times from the mainstream science culture.”

Seth holds a bachelor’s degree in physics from San Francisco State University. Upon earning his PhD, he will go on to Chicago, where he has been awarded a CIERA postdoctoral fellowship at Northwestern University. 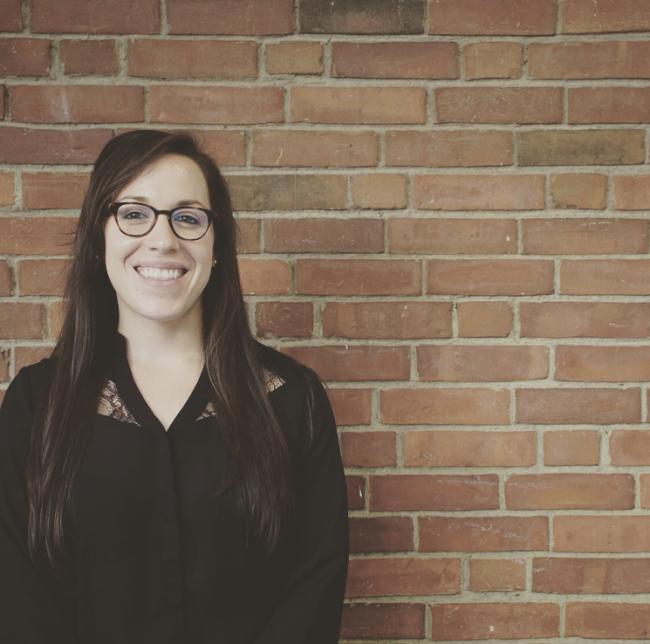 Originally from Southern New Mexico, Amber Medina never expected to make it through a Boston winter. Now, six years after arriving in Cambridge, Amber is set to graduate with a PhD in astrophysics.

Amber was first inspired to study astronomy by the large, beautiful New Mexico skies. “On a clear night, the Milky Way could be seen peering through the trees in my family’s pecan orchard,” she recalls fondly.

Amber earned a bachelor’s degree in physics from New Mexico State University before being awarded an NSF Graduate Research Fellowship to study astrophysics. While here, she studied under David Charbonneau, analyzing highly energetic phenomena from stars that are 10 to 30 percent the mass of our Sun. Understanding these stars is important because “they host Earth-like rocky planets where scientists can search the atmospheres for signatures of life,” she says. Telescopes like the James Webb Space Telescope and the next generation of extremely large telescopes will soon target these planets for observations.

Amber has been awarded an Early Career Fellowship at the University of Texas at Austin, where she will go on to characterize the radiation environment of low mass stars, as well as develop effective practices for astrophysics teaching, mentoring and outreach. 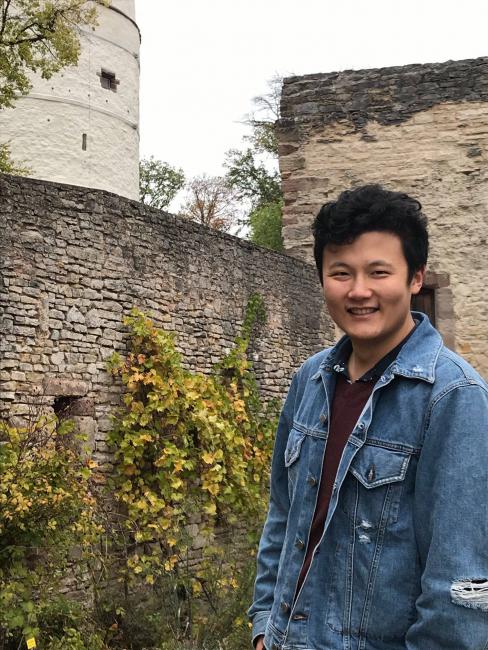 Scientists discovered decades ago that galaxies are not spread across the universe evenly, but instead broken up into clusters with vast, empty regions of space between them. But how did the universe and this strange structure come to be?

For the last five years, Sandy Yuan has studied the “intricate relationship between galaxies and dark matter, and how this relationship dictates the structure of the universe.” Using computer models and data from sky surveys, Sandy tries to reproduce and understand which cosmological formation theories can accurately account for the current shape of the universe.

Originally from China, Sandy was first inspired to study astronomy at the age of nine when the rovers Spirit and Opportunity landed on Mars in 2004. Just 12 years later, he earned a bachelor’s degree in astrophysics from Princeton University.

While at Harvard, Sandy co-founded a chapter of Open Labs, a science outreach program that engages K-12 students in local, underprivileged communities with TED-style talks and sessions. Sandy says he founded the program to “inspire the next generation of cutting-edge scientists and to promote science communication among current graduate students.” Sandy also served as group leader of the Harvard Observing Project, which allows undergraduates with no observing experience to use the Clay Telescope under the supervision of a graduate student; the experience is intended to inspire students to take an interest in astronomy.

Sandy is a former DJ who enjoys tennis and music. He will now join Stanford University as a KIPAC Postdoctoral Fellow where he hopes to continue studying the physics of galaxy clustering.