Doug Finkbeiner Awarded the 2014 Rossi Prize of the AAS 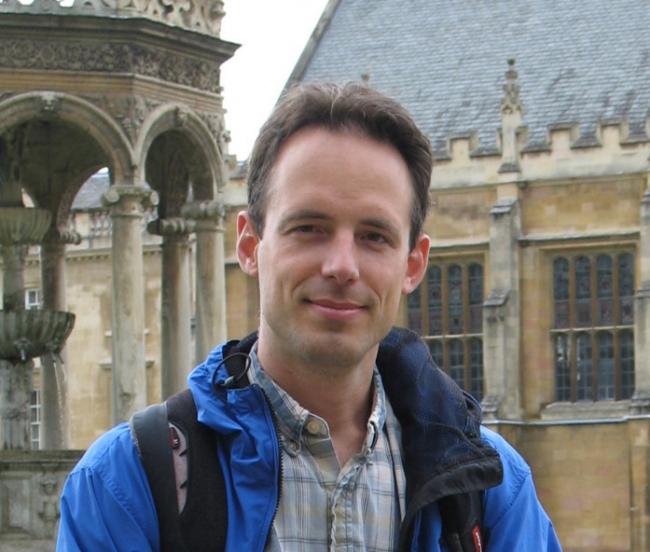 The 2014 Rossi Prize of the American Astronomical Society has been awarded to Douglas (Doug) Finkbeiner, Harvard professor of astronomy and of physics, for the "discovery, in gamma rays, of the large unanticipated Galactic structure called the 'Fermi Bubbles.'" He shares the prize with Meng Su (presently a Pappalardo Fellow at MIT) and Tracy Slatyer (Assistant Professor at MIT), who were Finkbeiner's Harvard graduate students when they worked on the Fermi bubbles.

Announced in 2010, Fermi bubbles are gigantic structures extending from the galactic center and spanning about 50,000 light-years from top to bottom. Data from NASA's Fermi Gamma-ray Space Telescope revealed the bubbles, which may be the remnant of an eruption from a supersized black hole at the center of our galaxy.