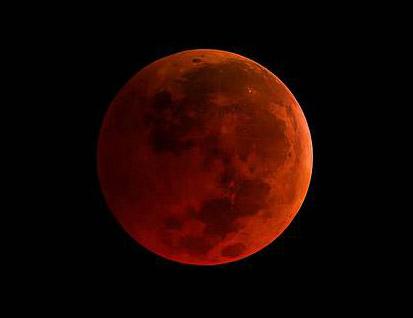 On January 31, an unusual celestial event will take place: the so-called super blue blood Moon. Let's take a quick look at what each of these adjectives means.

The "super" in this name means that the Moon will be at its closest approach in its slightly elliptical orbit around the Earth (this point in any orbit is called "perigee.") Although "super Moon" is not an official astronomical term, it is now commonly used when the Moon is at its nearest point to us and will appear slightly larger and brighter than average, as it will on January 31.

Next, what does the "blue" part mean? Many of us have heard of the phrase "once in a blue moon." In every day language, this is meant to convey something that happens only occasionally. In the realm of the night sky, it refers to when there are two full Moons in one calendar month. This first Full Moon of January 2018 took place on the 1st and then this second one is happening on the 31st.

Finally, the red in this name is used because this full Moon will also be part of a total lunar eclipse when the Moon passes entirely behind the Earth shadow. When this happens, light from the Sun passes through dense layers of the Earth's atmosphere and is scattered by molecules of air and other small particles. The shorter, or bluer, wavelengths of light are more affected by this, so more red light reaches the Moon making it appear orange or red during a lunar eclipse (hence the nickname of a "blood" Moon).

According to NASA, this rare lunar event will be visible in many parts of the world, but some will have more difficulty viewing it than others. For those on the East Coast of the United States the darker part of Earth's shadow will begin to blanket part of the Moon with a reddish tint at 6:48 a.m. EST. However, the Moon sets only ten minutes later (Boston time) so the total eclipse beginning at 7:51 a.m. will not be visible from the local area.

For more about what else is visible in the night sky this and every month, visit the CfA Sky Report.

More information on this "super blue blood" Moon can be found at Sky & Telescope.