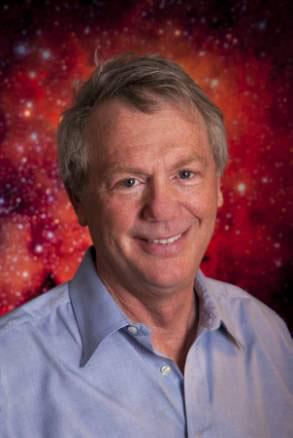 Dr. Robert Kirshner of the Harvard-Smithsonian Center for Astrophysics has received the James Craig Watson Medal of the National Academy of Sciences (NAS) for his lifetime scientific achievements in astronomy. The NAS will present his medal at a ceremony at the Academy's annual meeting on April 27, 2014.

Kirshner is among 15 individuals honored by the NAS this year for their extraordinary scientific achievements in the physical, biological, and social sciences.

The citation recognizes Kirshner for "his contribution to our understanding of both supernovae and the structure and evolution of the universe. His work with students using supernova light curves as calibrated standard candles has provided evidence for an accelerating expansion of the universe. The dark energy inferred from this result is one of the deepest mysteries of modern science."

Kirshner was a member of the High-z Supernova Search Team that used observations of extragalactic supernovae to discover the accelerating universe. This universal acceleration implies the existence of dark energy and was named the top science breakthrough of 1998 by Science magazine. For this work he was jointly awarded the Gruber Cosmology Prize in 2007.

Kirshner is Clowes Professor of Science at Harvard University and author of The Extravagant Universe: Exploding Stars, Dark Energy, and the Accelerating Cosmos. A member of the American Academy of Arts and Sciences, he was elected to the National Academy of Sciences in 1998 and the American Philosophical Society in 2004. He served as President of the American Astronomical Society from 2003-2005. He was given the Distinguished Alumni Award by Caltech in 2004.

The full list of this year's NAS award recipients is available at http://www.nasonline.org/about-nas/awards/recipients/