Why do we need an extremely large telescope like the Giant Magellan Telescope?

Are we alone? What are dark matter and dark energy? What is the fate of the Universe? The Giant Magellan Telescope may soon answer these profound questions.

A New Tool For Discovery

Seven enormous mirrors—each over 27 feet in diameter—shaped and polished to one-millionth of an inch. Next generation instrumentation, capable of resolving the slightest stellar wobble. Adaptive optics that cancel out Earth’s atmospheric effects, giving unparalleled views of the cosmos. A remote mountaintop in the Chilean desert—one of the world’s premier observing sites.

These components, essential to the construction of the Giant Magellan Telescope (GMT), offer a resolving power ten times that of the Hubble Space Telescope. The GMT will fuel a new era of discovery in astrophysics. 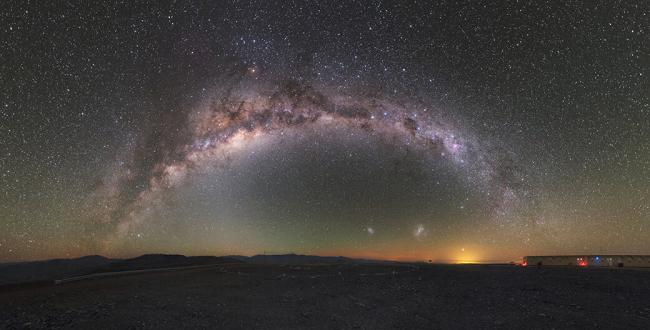 The future site of the Giant Magellan Telescope.

Joining the Search for Life

Thousands of exoplanets have been discovered, dozens of which reside in the “habitable zone”, where liquid water, and therefore life, might exist. But we have been limited in our ability to study exoplanet chemistry. To date, no telescope has the light collecting power or the right instruments to uncover these vanishingly faint signals.

The needle in this cosmic haystack is atmospheric oxygen, and finding it in an exoplanet’s atmosphere would be a strong signifier of biological activity. Unlike previous telescopes, the GMT and its GMT-Consortium Large Earth Finder (G-CLEF) spectrograph are designed specifically to find hints of extraterrestrial life. 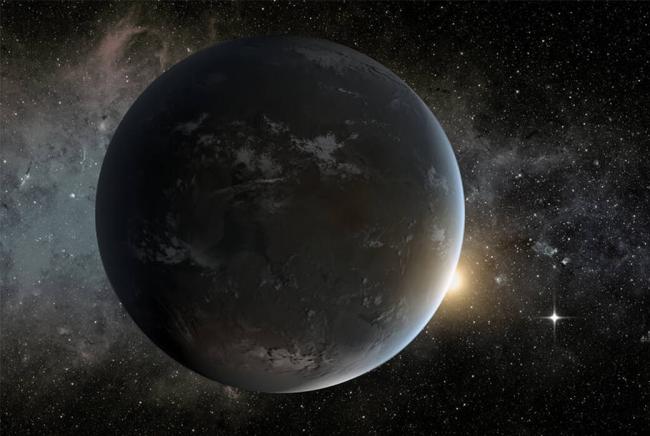 Artist's conception of Kepler-62f, a super-Earth-size planet orbiting in the habitable zone of its host star. The GMT may be able to determine if worlds like this have an atmosphere capable of supporting life.

You, everything around you, and everything we see in the night sky is made of normal matter. But normal matter only makes up 5% of the mass and energy in the Universe. What else is out there and how do we know?

Dark matter composes 27% of the mass and energy of the Universe and is located in galaxies and clusters of galaxies. Dark matter is invisible but we can observe how it affects the motion of other objects and how it bends light. Without it, our galaxy would tear itself apart.

Dark energy is everywhere. Imagine throwing a ball in the air. Instead of arcing back to the Earth, it pays gravity little mind and accelerates into space. That is what dark energy is doing to our Universe. Scientists now believe that dark energy makes up 68% of the Universe. We can measure it, but what is it?

The GMT will advance our understanding of these mysterious concepts. With its massive mirrors and precise instrumentation, the GMT will find the earliest objects at the extreme edge of the observable Universe and usher in a new era of cosmology. 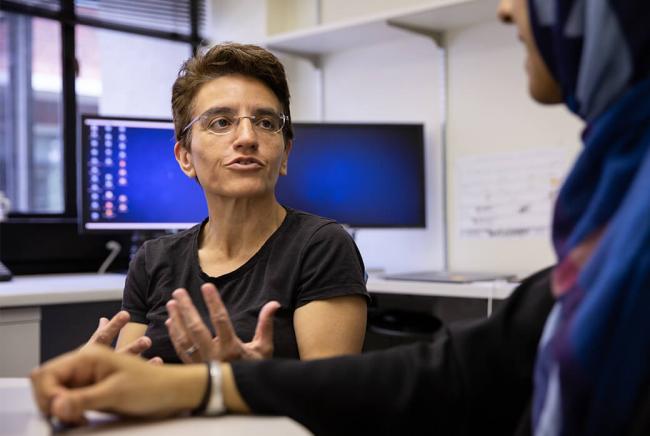 The GMT will be essential for the continued work of scientists like Mercedes Lopez-Morales and Munazza Alam.

5%
Percentage of the Universe made up of normal matter

The Center for Astrophysics | Harvard & Smithsonian is a partner in the GMT Consortium, an international group of organizations who will fund, build, and operate the completed telescope.

Our efforts include a collaboration between CfA scientists and engineers to build the G-CLEF instrument that will allow the GMT to identify the signatures of atmospheric oxygen. G-CLEF and the GMT might tell us if we are not alone in the Universe.

G-CLEF will also look for the dimmest galaxies, theoretically dominated by dark matter. There should be hundreds of these galaxies around the Milky Way, but we have only found a few dozen. G-CLEF has the ability to find these galaxies, or upend our understanding of galaxy formation.

G-CLEF will also test fundamental physics. What if the constants of modern physics aren’t really constant? By observing the farthest objects in the Universe, we can see if the laws of nature have changed over time, challenging everything we thought we knew.

We don’t yet know what G-CLEF and the GMT will show us. However, we do know what we’ll be looking for.

I’m excited about the GMT's ability to peer back into the earliest ages of our universe, and to explore answers into the origin, nature and qualities of dark matter and dark energy. But my guess is that the GMT's most exciting discoveries are the ones we don't yet know enough to ask about!

The GMT will open new doors to learning about the true nature of our Universe. Purposefully probing potential environments suitable for life and hopefully spying on alien life itself are incredibly exciting possibilities.

The ability to see well beyond what has ever been discovered in the past is going to be very exciting once the Giant Magellan Telescope is complete.

Just the idea that our species will develop the ability to analyze the atmospheric spectrography of planets around stars other than the Sun is mindblowing to me, and who knows what else might be discovered with such a giant telescope in such a perfect spot?