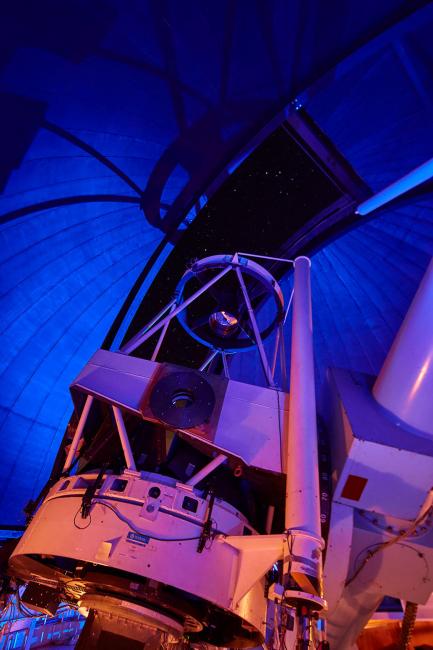 The FLWO 1.5-Meter Tillinghast Telescope started operations in 1969 on Mt. Hopkins in Arizona. The telescope is named for Carlton W. Tillinghast, Jr. who was assistant director of the Smithsonian Astrophysical Observatory through the 1960s. It is an optical telescope used exclusively for spectroscopy — measuring the colors of light emitted by astronomical sources. The Tillinghast Telescope is useful for many different types of observations, including a wide variety of stars, exoplanet systems, supernova explosions, galaxies, and the supermassive black holes known as quasars.

The primary instruments used on the Tillinghast Telescope were custom-built by CfA researchers: the Tillinghast Reflector Echelle Spectrograph (TRES) and the FAst Spectrograph for the Tillinghast Telescope (FAST). TRES is used to measure the motion of stars to follow up observations of exoplanets discovered using NASA’s Kepler/K2 observatory, the Hungarian-made Automated Telescope Network (HATNet), CfA’s MEarth observatory, and others. Astronomers also use TRES to measure the masses of stars in binary systems. FAST is used for a wide range of projects, including: observing of asteroids in the Solar System; studying of stars within the Milky Way and nearby galaxies; measuring the redshift of light from galaxies due to the expansion of the universe; and studies of supernovas. 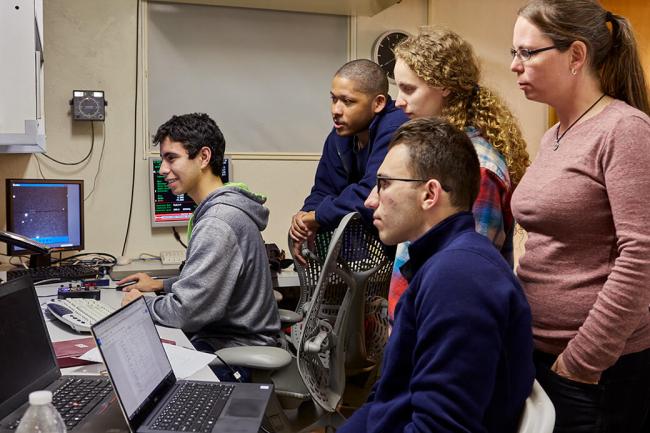