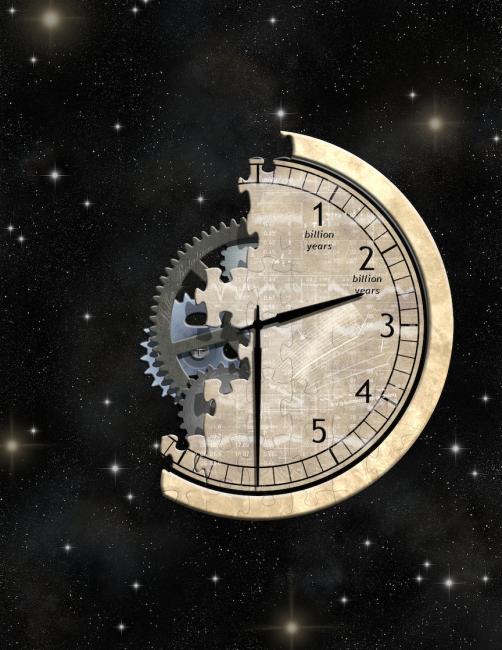 When you're a kid every birthday is cause for celebration, but as you get older they become a little less exciting. You might not want to admit just how old you are. And you might notice yourself slowing down over the years. You're not alone - the same is true of stars. They slow down as they age, and their ages are well-kept secrets. Astronomers are taking advantage of the first fact to tackle the second and tease out stellar ages.

"Our goal is to construct a clock that can measure accurate and precise ages of stars from their spins. We've taken another significant step forward in building that clock," says Soren Meibom of the Harvard-Smithsonian Center for Astrophysics (CfA).

Meibom presented his team's findings today in a press conference at a meeting of the American Astronomical Society. Their results mark the first extension of such observations to stars with ages beyond 1 billion years, and toward the 4.6-billion-year age of the Sun.

Being able to tell the ages of stars is the basis for understanding how astronomical phenomena involving stars and their companions unfold over time.

Knowing a star's age is particularly relevant to the search for signs of alien life outside our solar system. It has taken a long time for life on Earth to attain the complexity we find today. With an accurate stellar clock, astronomers can identify stars with planets that are as old as our Sun or older.

A star's spin rate depends on its age because it slows down steadily with time, like a top spinning on a table. A star's spin also depends on its mass; astronomers have found that larger, heavier stars tend to spin faster than smaller, lighter ones. This new work shows that there is a close mathematical relationship between mass, spin, and age so that by measuring the first two, scientists can calculate the third.

"We have found that the relationship between mass, rotation rate and age is now defined well enough by observations that we can obtain the ages of individual stars to within 10 percent," explains co-author Sydney Barnes of the Leibniz Institute for Astrophysics in Germany.

Barnes first proposed this method in 2003, building on prior work, and called it gyrochronology from the Greek words gyros (rotation), chronos (time/age), and logos (study).

To measure a star's spin, astronomers look for changes in its brightness caused by dark spots on its surface - the stellar equivalent of sunspots. Unlike our Sun, a distant star is an unresolved point of light so astronomers can't directly see a sunspot cross the stellar disk. Instead, they watch for the star to dim slightly when a sunspot appears, and brighten again when the sunspot rotates out of view.

These changes are very difficult to measure because a typical star dims by much less than 1 percent, and it can take days for a sunspot to cross the star's face. The team achieved the feat using data from NASA's Kepler spacecraft, which provided precise and continuous measurements of stellar brightnesses.

For gyrochronology ages to be accurate and precise, astronomers must calibrate their new clock by measuring the spin periods of stars with both known ages and masses. Meibom and his colleagues previously studied a cluster of billion-year-old stars. This new study examines stars in the 2.5-billion-year-old cluster known as NGC 6819, thereby significantly extending the age range.

The team examined stars weighing 80 to 140 percent as much as the Sun. They were able to measure the spins of 30 stars with periods ranging from 4 to 23 days, compared to the present 26-day spin period of the Sun. The eight stars in NGC 6819 most similar to the Sun have an average spin period of 18.2 days, strongly implying that the Sun's period was about that value when it was 2.5 billion years old (about 2 billion years ago).

The team then evaluated several existing computer models that calculate the spin rates of stars based on their masses and ages, and determined which model best matched their observations.

"Now we can derive precise ages for large numbers of cool field stars in our Galaxy by measuring their spin periods," states Meibom. "This is an important new tool for astronomers studying the evolution of stars and their companions, and one that can help identify planets old enough for complex life to have evolved."

This work was first published online on the website of the journal Nature on January 5, 2015. It is part of the broader Kepler Cluster Study, for which Meibom is the principal investigator.

More information is available at: https://www.cfa.harvard.edu/~smeibom/.

A video pertaining to these results can be found here.

The Space Weather Forecast for Proxima Cen B

Solar-Like Oscillations in Other Stars