The Chandra X-ray Observatory is one of NASA’s premier space telescopes, in operation since 1999. The day-to-day control of the telescope, including telling it what part of the sky to observe, is managed from the Chandra X-ray Center (CXC) in Cambridge, Massachusetts by scientists and staff of the Center for Astrophysics | Harvard & Smithsonian. 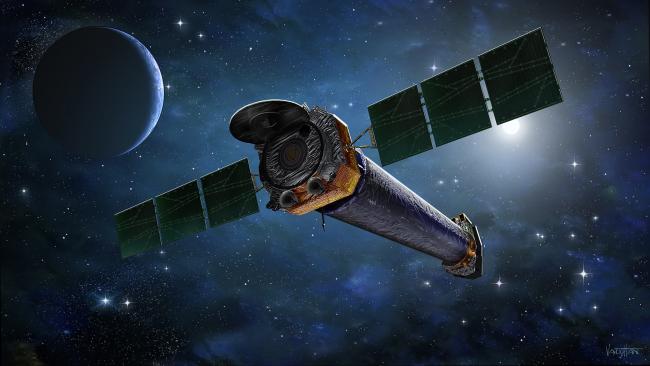 An artist's illustration of NASA's Chandra X-ray Observatory. One of NASA's Great Observatories, Chandra has provided a wealth of data on the high-energy universe since 1999.

Down to Earth Operations of a Space Telescope

The Chandra X-ray Observatory is one of NASA’s “Great Observatories”, alongside the Hubble and Spitzer Space Telescopes. Since beginning observations in 1999, Chandra has provided a wealth of knowledge about the universe. Earth’s atmosphere blocks essentially all X-ray light, requiring that telescopes be placed high enough where the air is thin or absent. Chandra orbits Earth in an elliptical path, giving it a great deal of available sky to observe on each circuit.

The telescope is in space, but the humans who use it are confined to Earth. The Chandra X-ray Center staff consists of scientists, technicians, and engineers, whose jobs range from monitoring the health of the Chandra satellite to processing the data from astronomical observations. Reflecting the scale of maintaining this kind of observatory, the staff includes people working for CfA, the Massachusetts Institute of Technology (MIT), NASA’s Marshall Space Flight Center, and Northrop Grumman Space Technology.

As with most telescopes, Chandra must be pointed toward the astronomical object it’s studying. For a spacecraft, that involves careful planning to avoid expending too much energy, not to mention pointing away from the Sun, which is the brightest source of X-rays for Chandra. CXC scientists and staff schedule observations for maximum efficiency and safety for the telescope. These commands are then uploaded to Chandra via NASA’s Deep Space Network (DSN). DSN stations also download observational data, along with status reports on the health of the spacecraft, and transfer it back to the CXC for processing.

CXC scientists can turn the raw X-ray data from Chandra into images of the astronomical source. Some images are also processed for the general public and released through the Chandra website (http://chandra.si.edu), and all data is available to everyone after one year in the Chandra archive, in accordance with NASA policy.

The Operations Control Center (OCC) — Chandra’s “mission control” — is where Chandra staff monitor the observatory’s health and perform other necessary spacecraft tasks. The OCC is located near the CXC in the Boston area. 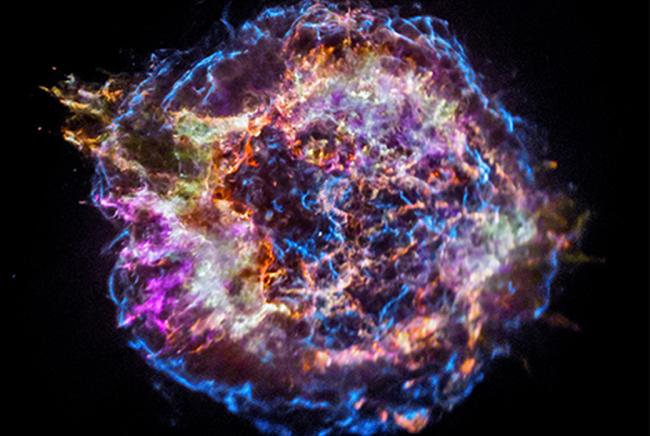 This Chandra X-ray Observatory image of the supernova remnant Cassiopeia A reveals the complex internal structure of the material blasted out by an exploding star.