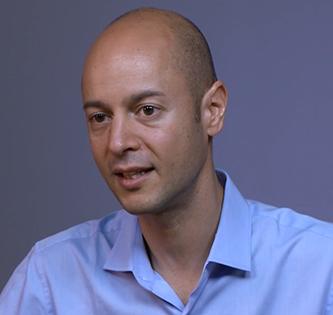 Scientists have detected gravitational waves and electromagnetic radiation, or light, from the same event for the first time, as described in our latest press release.

Thousands of scientists around the world have worked on this result, with researchers at the Harvard-Smithsonian Center for Astrophysics (CfA) in Cambridge, Mass., playing a pivotal role. A series of eight papers led by CfA astronomers and their colleagues detail the complete story of the aftermath of this event and reveal clues about its origin.

We conducted interviews with four CfA scientists about their work on this discovery: Professor Edo Berger, who led the work, postdoctoral fellow Matt Nicholl, and graduate students Kate Alexander and Philip Cowperthwaite. Here they describe their reactions to the exciting news that Advanced LIGO had detected gravitational waves from a neutron star merger, and they discuss unanswered questions and prospects for future work.

How did you hear about LIGO's detection of a neutron star merger and what were your first thoughts?

I saw the e-mail from the LIGO collaboration when I woke up in the morning, and no one was expecting it because LIGO was a week away from shutting down from its current observing run. We all just kind of went "Wow. Oh my goodness! This is actually happening." Edo called a meeting and we all rushed into his office to prepare our plans for following it up.

So, we first got an alert from LIGO on the morning of August 17th. I was actually in the middle of a boring committee meeting. My office phone started ringing, and I ignored it. Then my cell phone started ringing and I ignored it. Then text messages started coming in. At that point I knew that I couldn't ignore it anymore, so I kicked everybody out of the office and started catching up on this new alert that came from the LIGO observatory saying that they detected the first merger of a neutron star binary system.

As soon as we started observing the sky in Chile we were transferring these images back to computers at Harvard as soon as they came in and we all frantically brought them up on our computer screens and looked for new sources that appeared. Really what we expected was that we wouldn't find anything in real time and that we’d spend the whole day next day processing these images trying to find some sort of faint little detections of possible candidates. But what actually happened was that one of the first giant galaxies we looked had an obvious new source popping right out at us. This was an incredible moment. I think one of my collaborators saw it first and sent an email that I can’t quite repeat but I will never forget. After that our email inboxes exploded. Every team in the world was looking at this thing and trying to compete to say things first. It was a night unlike any other I’ve had in my career.

I actually heard about it through a very informal email from a colleague. I just woke up that morning and it was there on my phone: "Oh we have a binary neutron star in LIGO with a coincident Fermi detection. It’s insane. It took a moment to process - it didn’t seem real because that was the goal we never expected to happen."

What are some unanswered questions and the prospects for future work?

The VLA has been invaluable to the science so far. This is going to continue to be a very interesting target for radio observations going forward. The radio emission that we’re observing is likely to continue to be observable with the VLA for the next several weeks to months, and we’ll be very eager to monitor the radio emission we’ve seen as it slowly fades away. We also predict that several years from now the source should brighten in the radio again as all of the slower moving material that produced the optical light eventually starts producing a shock wave [akin to a sonic boom] with the surrounding medium. Then we'll have a completely independent second chance to figure out all of these properties of the environment around the neutron star. We don’t know exactly when this will happen, but we certainly will continue to look at it with the VLA for years to come.

In studying both the gravitational wave signal and the electromagnetic signal what we hope to do is understand the detailed composition of neutron stars. What are they exactly made of? What do they look like on the inside? The only way we get to see the inside of a neutron star is when it collides with another neutron star and then material from the inside spills out. This is what we see in our observations. We also want to understand how pairs of neutron stars actually come into being. How are they actually formed? How are these systems born? How was their life before they ended it in that final catastrophic collision?

One of the particularly exciting aspects of studying the collisions of neutron stars in both gravitational waves and electromagnetic radiation is that it gives us a completely new way of measuring the Hubble Constant, which is the measurement of how fast the Universe is expanding. So far, we've been studying the Hubble Constant using different techniques: supernova explosions or the cosmic microwave background [leftover radiation from the Big Bang]. But here, for the first time, we have a completely independent new way of measuring the Hubble Constant. We can measure the distance to the object from the gravitational wave signal and we can then measure the amount of redshifting which tells us how fast the universe is expanding from the electromagnetic signal. And by combining these two measurements we can directly measure the Hubble Constant.

I think the big outstanding questions now are first of all how typical was this event of the general population of neutron star mergers? Maybe we got lucky and we found a very bright one. Maybe the others aren't going to be so great. But we'll find this out in the next few years as LIGO detects more and more of these sources. By detecting more sources we can also measure the rate at which they occur. The combination of those two things is very powerful. If we know how diverse they are and how often they occur we can work out the total production of heavy elements in the universe. If we compare this production of heavy elements to the abundances that we measure in our local environment we can show definitively whether all heavy elements come from neutron star mergers.

You can do all kinds of science that you could not do with just a gravitational wave detection. The gravitational wave detection is great for telling you about the binary, the objects that merged and their properties, but it can't do other things. For instance, LIGO can't give you a precise location on the sky. It can do very well, especially with Virgo, but once you have an optical counterpart you know exactly where that event occurred. And then you can do all kinds of other exciting science. We can associate the source with a galaxy. We can learn about where these objects come from. What are their homes like? Understanding all this information will help us understand the behavior of the merger: how much material is produced, which is important for understanding whether or not these events can truly be the source of heavy element production. So, it really is necessary to maximize the science goals.